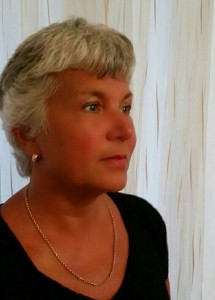 Kathryn Ridgeway graduated with a BMus (Hons) from Sheffield University where she also trained as a violinist under the Lindsay String Quartet and Martin Milner. She pursued her playing and teaching career in the Southeast as Head of Instrumental Studies for Mid-Kent, performing with local orchestras and chamber ensembles; she later became Head of Strings at Trent College.

Her ideology of making music accessible to all resulted in the inauguration of a Residential Summer Holiday Music Course for young string players in Kent, held at Repton Preparatory School in Derbyshire. She worked with the Kent County Youth Orchestra and toured Brazil, Holland and France and conducted at the Benenden Summer School.

She then extended her experience and expertise to music education in schools, re-energising music departments, improving results and extra-curricular provision and making the subject engaging and successful at all levels; this excellence was recognised nationally by Chris Woodhead and Ofsted.

She organised Choir Tours to destinations in Europe and wider afield including very successful tours to China and the USA. She directed choral concerts in major London venues with repertoire including The Armed Man, Mikado, Showboat, Noye’s Fludde, Songs of Sactuary, Fauré Requiem, Pergolesi Stabat Mater, The Creation. School productions were highly successful including My Fair Lady, Hairspray, We Will Rock You, Guys and Dolls, Grease, Oliver, Forbidden Planet; she produced the first performance in the south-east of the school edition of Les Miserables.

As part of Bromley High School’s 125th Anniversary celebrations, under her direction the whole school community performed Carmina Burana in the Royal Albert Hall with a choir of 200, an orchestra of 100, choreographed for 100 dancers.

Kathryn continues to perform regularly in the Southeast and is closely involved in music in local primary schools; she is delighted and privileged to continue the inspirational work of Jeffrey Vaughan Martin with The Maidstone Singers.

She has taken the choir on tour abroad to France, Croatia, Germany and Luxembourg as well as within the UK to Manchester and Norwich. TMS has also performed under her in the Brandenburg Concert Series in London.