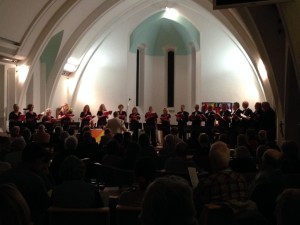 The choir at Christmas in St Martin’s 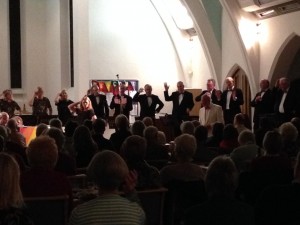 Julie leads the ’12 Days of Christmas’ but the men don’t have that wiggle!

The Singers’ Christmas Concerts were performed once again at St Martin’s to an appreciative audience who were able join in the familiar carols as well as enjoying music old and new from the Singers in a festive and relaxed atmosphere. This year the choir began with five pieces from Benjamin Britten’s ‘Ceremony of Carols’ and the performance included pieces by Chilcott, Walton, Holst and many others. Their signature version of ‘Silent Night’ arranged by Andrew Lumsden has become the regular finale to wish the audience a Merry Christmas. Martin Carling is now the resident accompanist with the choir and Pam Palmer is a welcome addition to the sopranos. 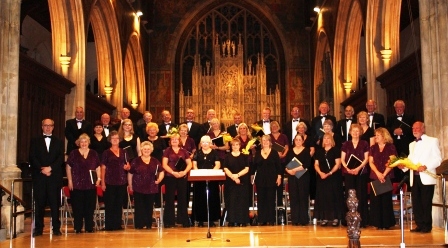 The Maidstone Singers augmented choir of 35 voices presented their Summer Concert at All Saints Church. Dvorak’s ‘Mass in D’ was the centrepiece of the evening which included works by Parry, Whitaker, Britten and Handel. There was also a fine performance on the organ by Martin Carling of Howell’s ‘Master Tallis’ Testament’.

The Maidstone Singers took part in this European festival for choirs held in the countryside outside Beauvais. Three local choirs from France were joined by singers from Germany, Poland, Belgium, Italy, the Czech Republic and of course, England. But language proved no barrier as the choirs sang in both formal and informal settings, each presenting its own music and then joining together in songs from each country in the national language. The choirs ate together outside and indoors over the weekend and the singing almost literally never stopped. The beautiful weather that started the weekend eventually gave way to rain but the atmosphere remained joyful while Europe…’from Cornwall to the Urals’ in the words of President de Gaulle’s song…combined in a celebration of choral music.

Our choir sang a wide range of music to suit the occasion:
Popular Songs: ‘I got Rhythm’, ‘Over the Rainbow’ and ‘Let’s do it’
Folk Songs: ‘Bobby Shaftoe’, ‘I love my Love’, ‘Early one Morning’ and ‘My love is like a red, red Rose’.
Madrigals: ‘All Creatures now’ (Bennet), ‘Fire, Fire, my heart’ (Morley), ‘Sweet Suffolk Owl’ (Vautor) and ‘Matonna, lovely Maiden)’ (Lassus)
Church music: ‘The Battle ob Jericho’ and ‘Deep River’. 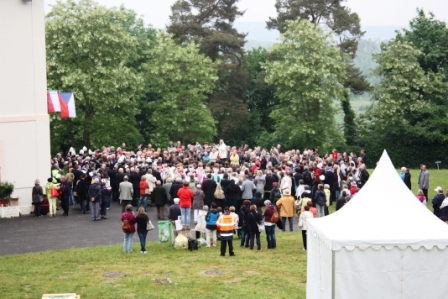 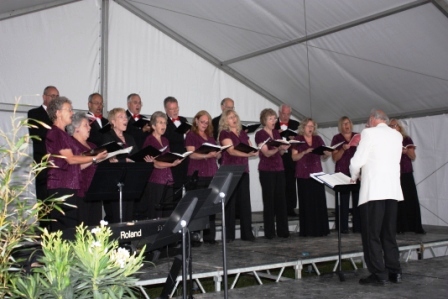 The Maidstone Singers in formal setting. 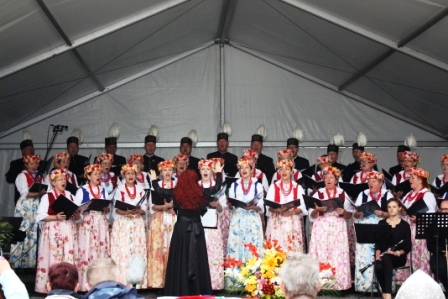 The colourful Polish choir from Piekary – up all night making those hats! 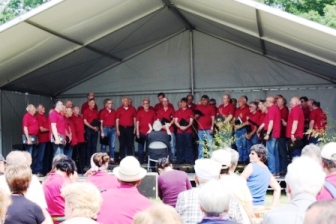 The powerful German ‘Mozart 1880’ choir from Eitelborn in rehearsal 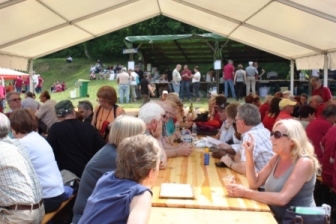 The choirs at picnic lunch – all very well organized.

Our thanks and all credit for a marvellous feat of organization to La Chorale Choeur a Coeur de Heilles and to everyone who helped to organize and support the festival. 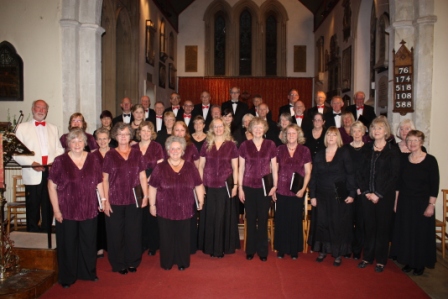 The extended choir presented an impressive repertoire in the delightful St. Mary’s Church, Hadlow on 12th May 2013.

The choir has just returned from its successful tour of Malta and Gozo where it presented a selection of European and American Church Music in some of the finest settings on the two islands. Starting at St. Paul’s Pro Cathedral in Valletta the concerts consisted of some of the choir’s more established repertoire as well as a good number of pieces that they were singing for the first time. The audience’s experience was expanded by pieces for two choirs such as Giovanni Gabrieli’s ‘O Magnum Mysterium’ and ‘Jubilate Deo’ as well as Orlando Gibbon’s ‘O Clap Your Hands’ and ‘God is Gone Up’. More modern works such as Eric Whitacre’s ‘Lux Aurumque’ were also received with warm appreciation as always. 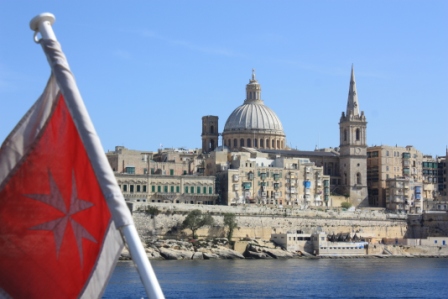 The second concert at St. Augustine’s Church, Valletta was augmented by organ accompaniment from Wayne Marshall who also played ‘Fantasia and Fugue in G’ by Hubert Parry and ‘Saraband for the Morning of Easter’ by Herbert Howells to the great delight of the large audience. 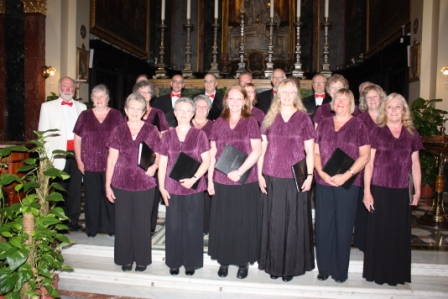 After the concert Wayne Marshall accepted an invitation from our Chair to be President of The Maidstone Singers. If the choir needed confirmation of the standards they have achieved with their music, surely an association with this consummate, internationally renowned organist and conductor provides just that. 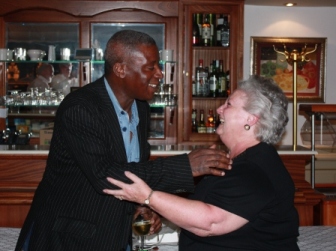 It was a pleasure to perform at Our Lady of Victories in Naxxar with the Jubilate Deo choir later in the week. The choirs each sang their own repertoire and joined together for Mozart’s ‘Ave Verum’ and John Stainer’s ‘God so Loved the World’. The warm welcome was followed by a very friendly and enjoyable reception. Meeting other singers is always a positive part of touring abroad. 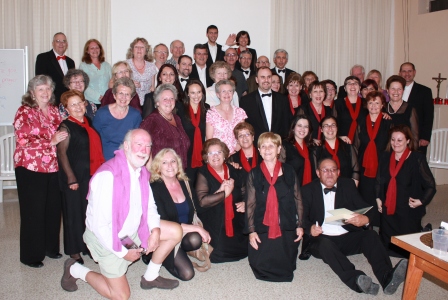 The Cathedral of Assumption inside the citadel of Victoria on Gozo provided a stunning setting for the final concert, after which many of the audience stayed to talk to members of the choir about the music they had enjoyed. After that there was just time for a couple of days of well-earned relaxation in the sun! 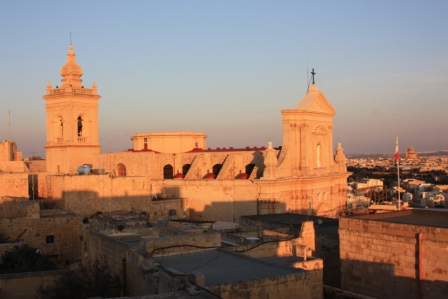