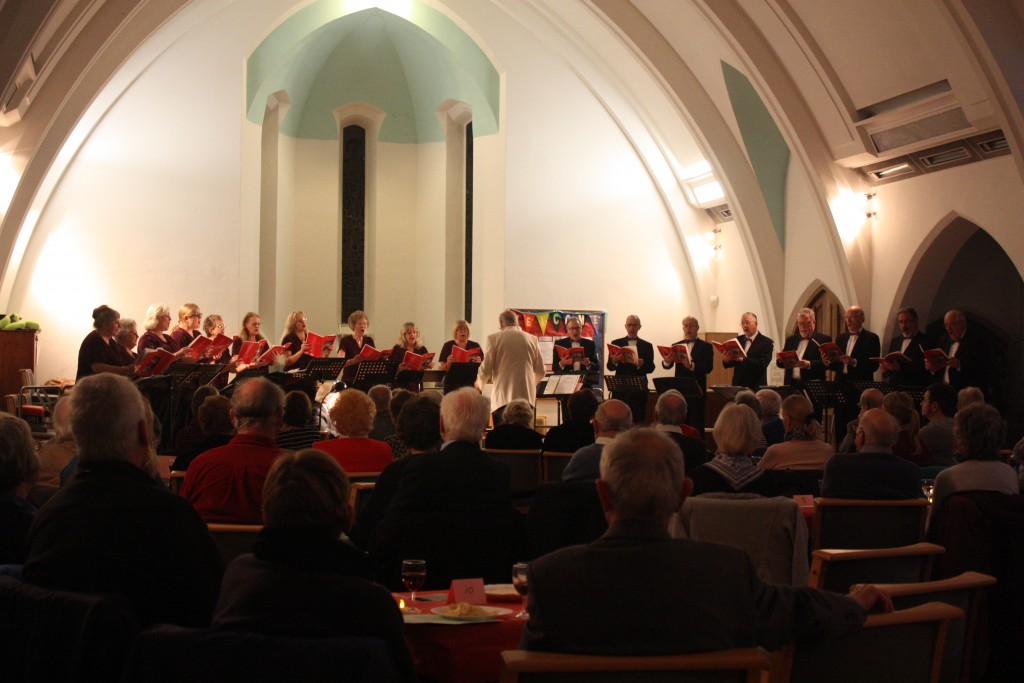 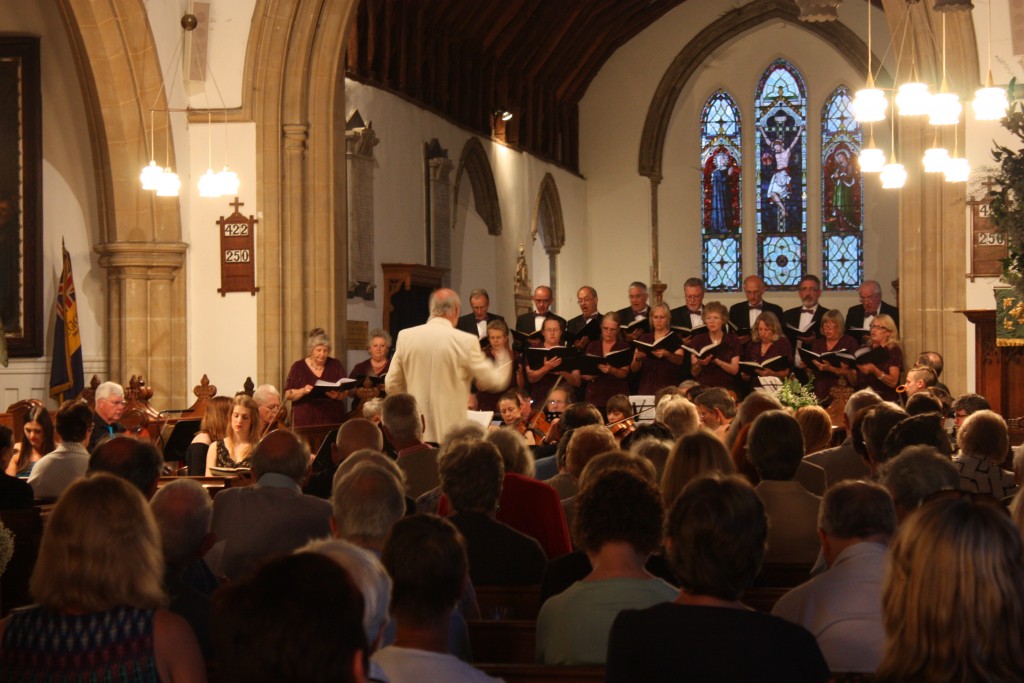 The highlight of our season has been the two performances of Handel’s ‘Messiah’ with the South Circular Orchestra. Both concerts were met with a standing ovation from audiences who clearly appreciated the quality of this remarkable combination of choir, orchestra and exceptionally talented young soloists. This version of Handel’s work was in keeping with his original intentions, using a smaller vocal and instrumental grouping than we have become accustomed to in recent times. The musical world will certainly want to hear more from the soloists – Sara Whichelow (soprano), Claire Filer (mezzo-soprano), Guy Withers (tenor) and Chris Webb (bass) – who provided performances of the highest quality. The association between The Maidstone Singers and the South Circular Orchestra (SCOre), which was established last year with performances of Bach’s ‘Magnificat’, was happily renewed as the two enthusiastic musical groups maintained their exceptional standards.

‘Messiah’ is probably George Frideric Handel’s most famous composition. It is an English language oratorio and was first performed in Dublin in 1742. Although its structure resembles that of an opera it is not in dramatic form but concentrates on an extended reflection of Jesus Christ as Messiah. Its best known section is perhaps the famous ‘Hallelujah’ chorus. The walls of St Martin’s Church in Maidstone and St Mary’s Church in West Malling reverberated with the power of the performances.

Many thanks to our Music Director, Jeffrey Vaughan Martin, and to our friends at SCOre and their Director Ian Chown www.southcircularorchestra.co.uk

The Maidstone Singers have just returned from their tour of Umbria in which they gave concerts in the Basilica di San Gregorio Maggiore in Spoleto, the Basilica Papale Sacro Convento S. Francesco in Assisi, the Cattedrale di San Lorenzo in Perugia and in the Santuario di Mongiovino in Panicale. The Panicale concert was a joint event with the local choir, the Coro Polofonico di Fontignan. e Tuoro.

After singing at the Pilgrim’s Mass in the cathedral in Santiago de Compostela last year the Singers were honoured to bring their music to another of Europe’s most important religious sites, the Basilisa of St Francis of Assisi as well as to other major churches in Umbria . A varied programme of sacred music from Europe and America was enthusiastically received by good audiences at each concert and the choir was particularly pleased to sing with the Coro Polifonico who provided a warm welcome and a tour of their corner of this beautiful part of the world.

You can see a video of the entire Assisi concert on the Audio / Video page of this website and below are a few photos of our wonderful trip: 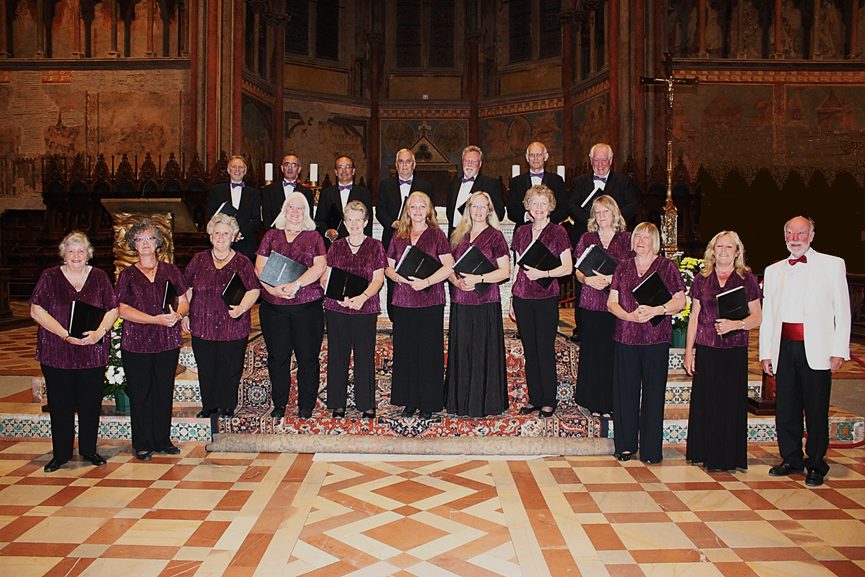 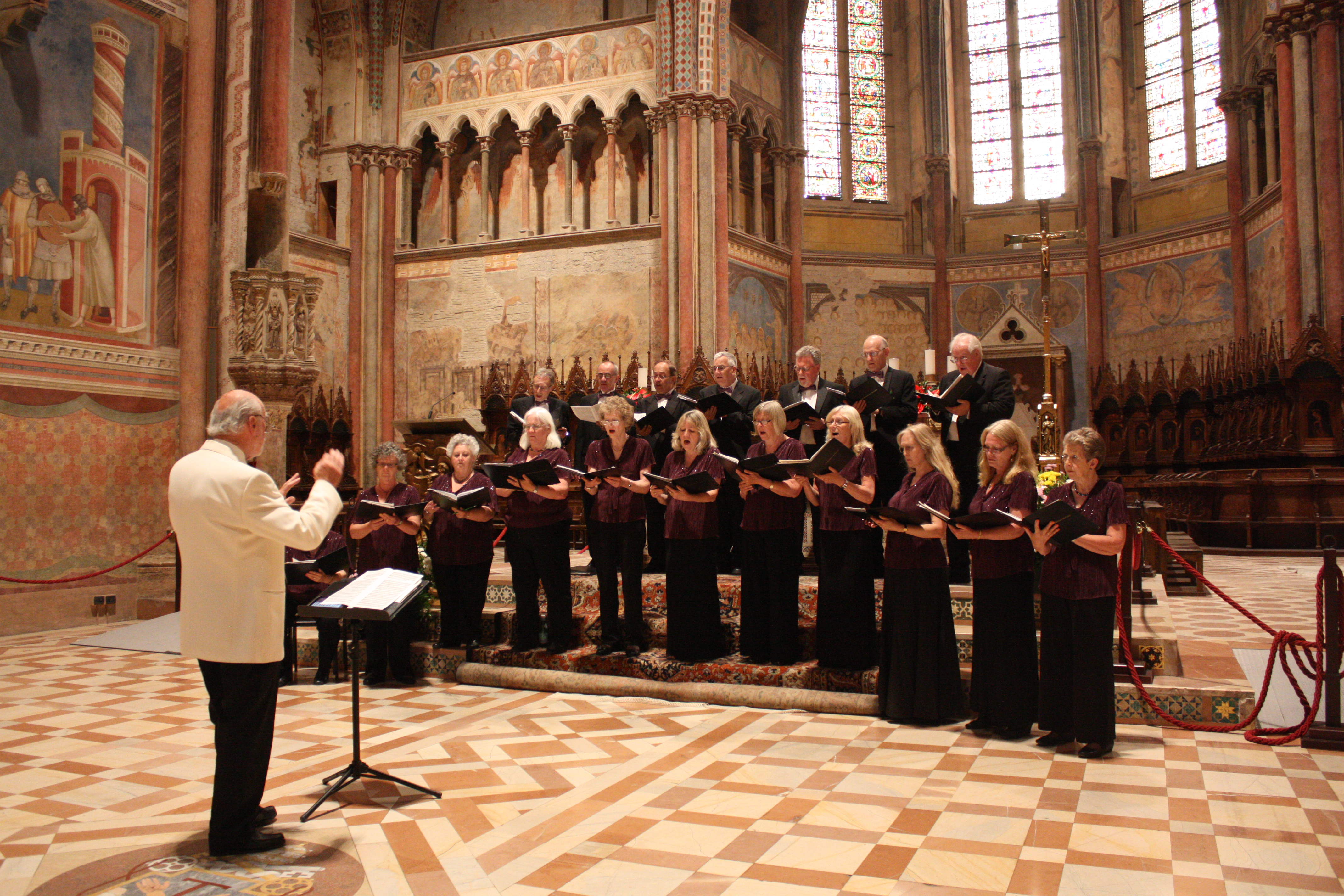 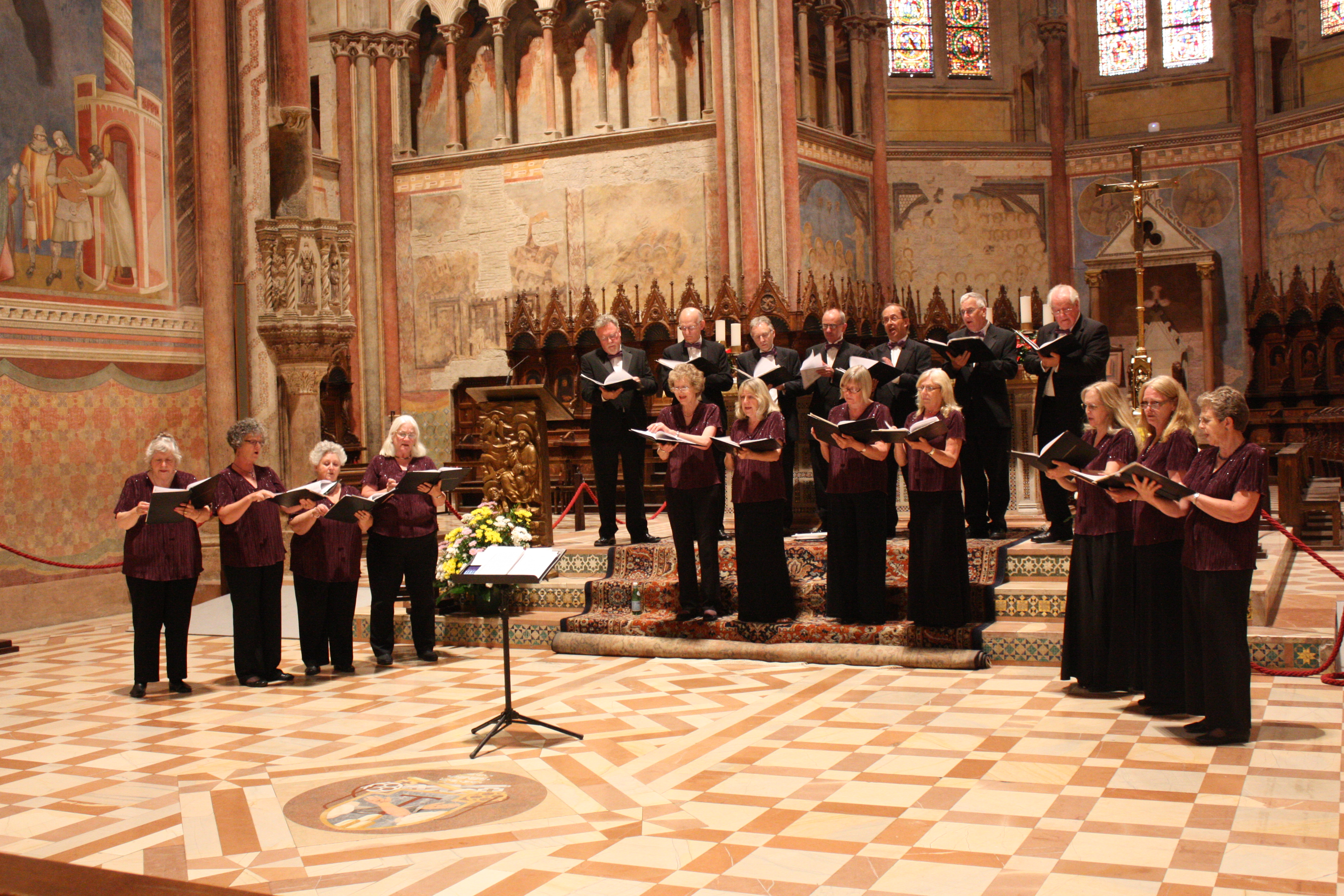 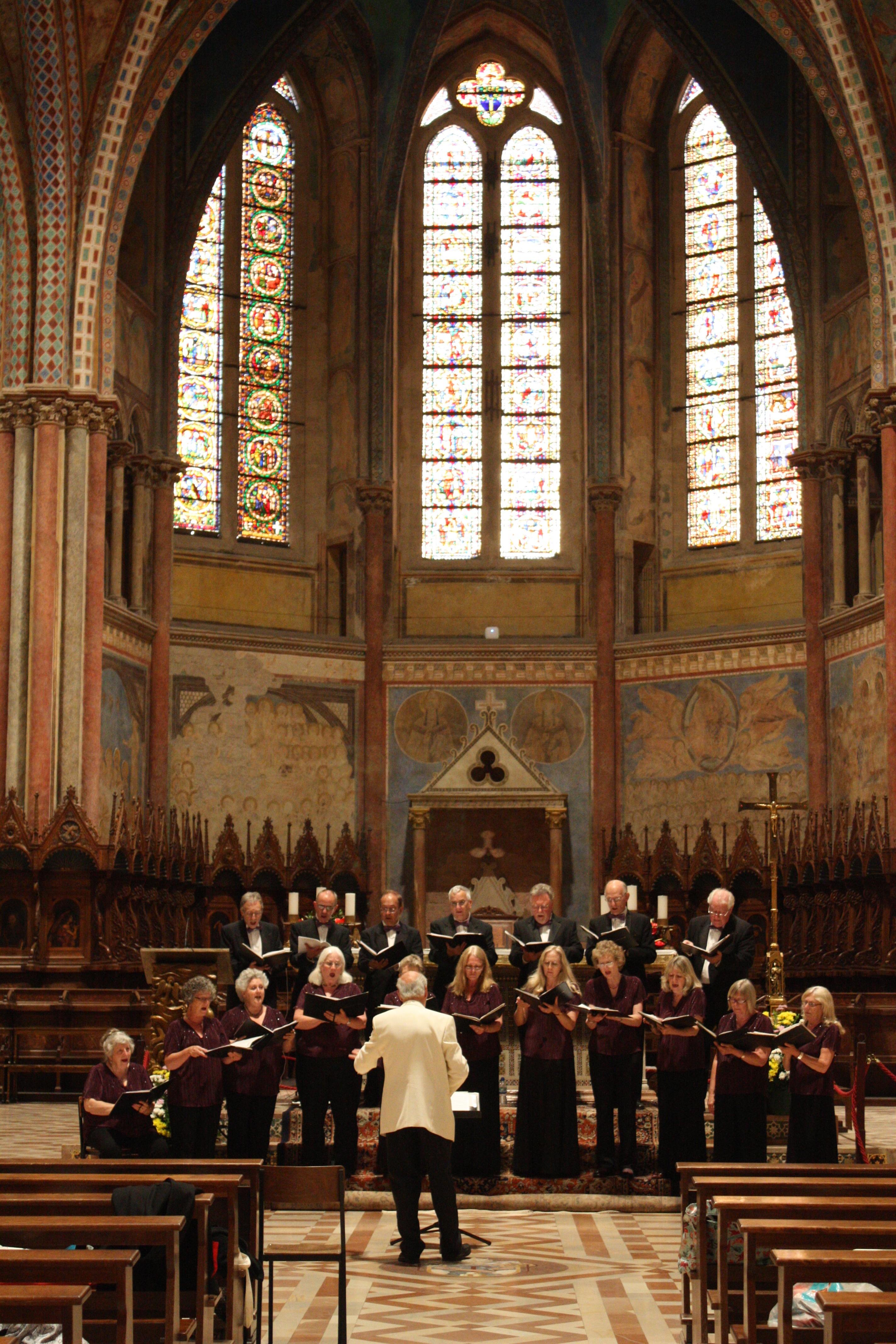 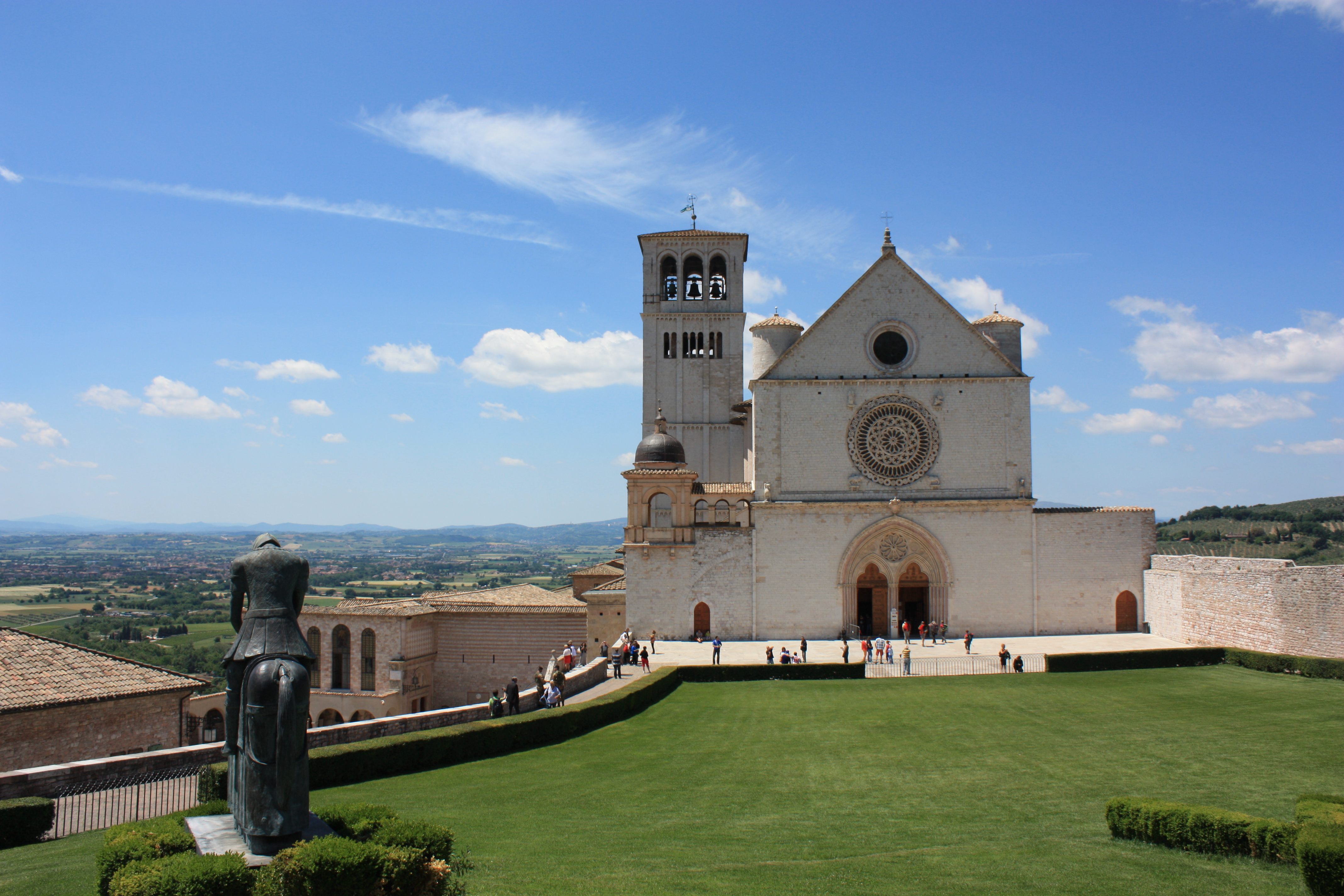 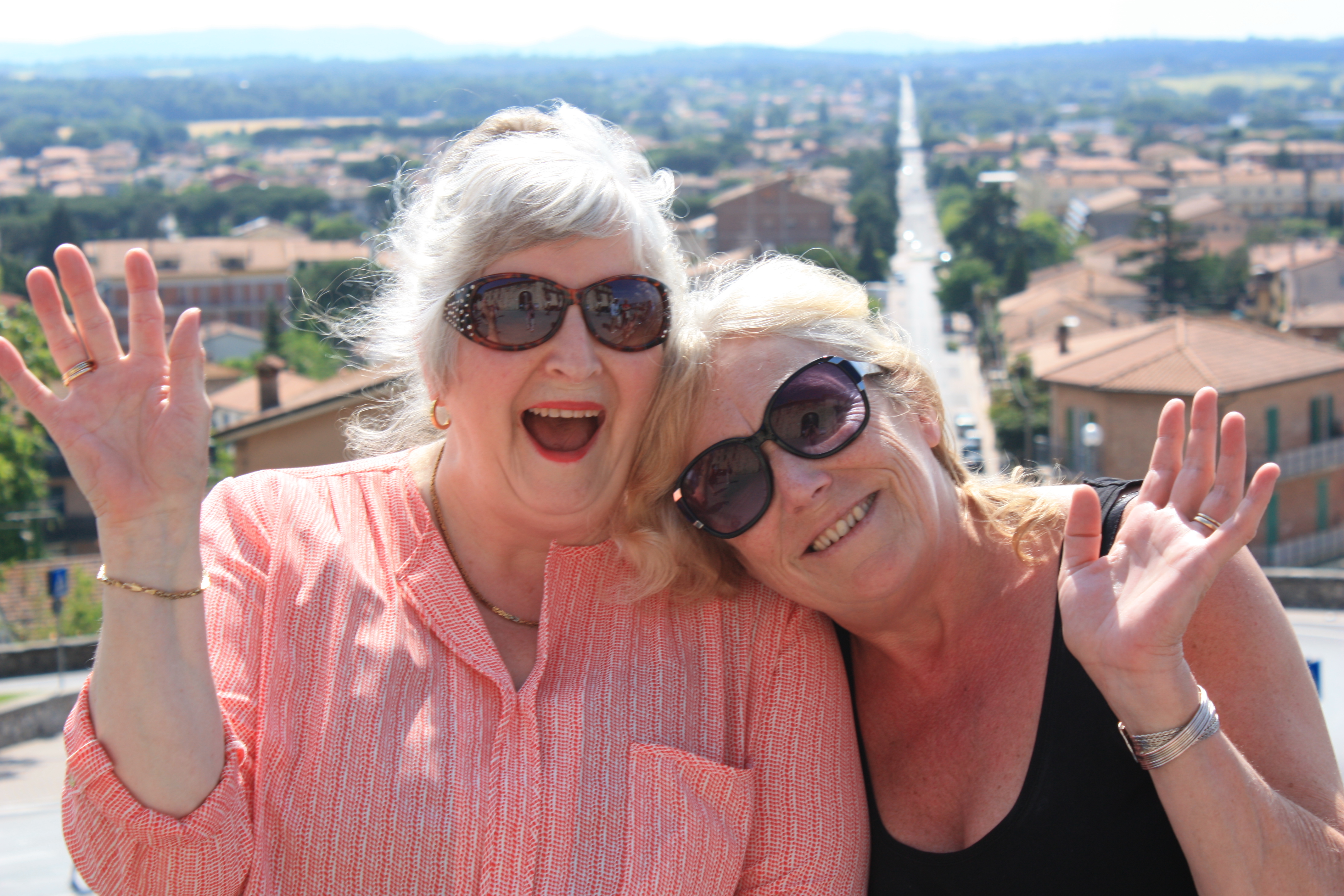 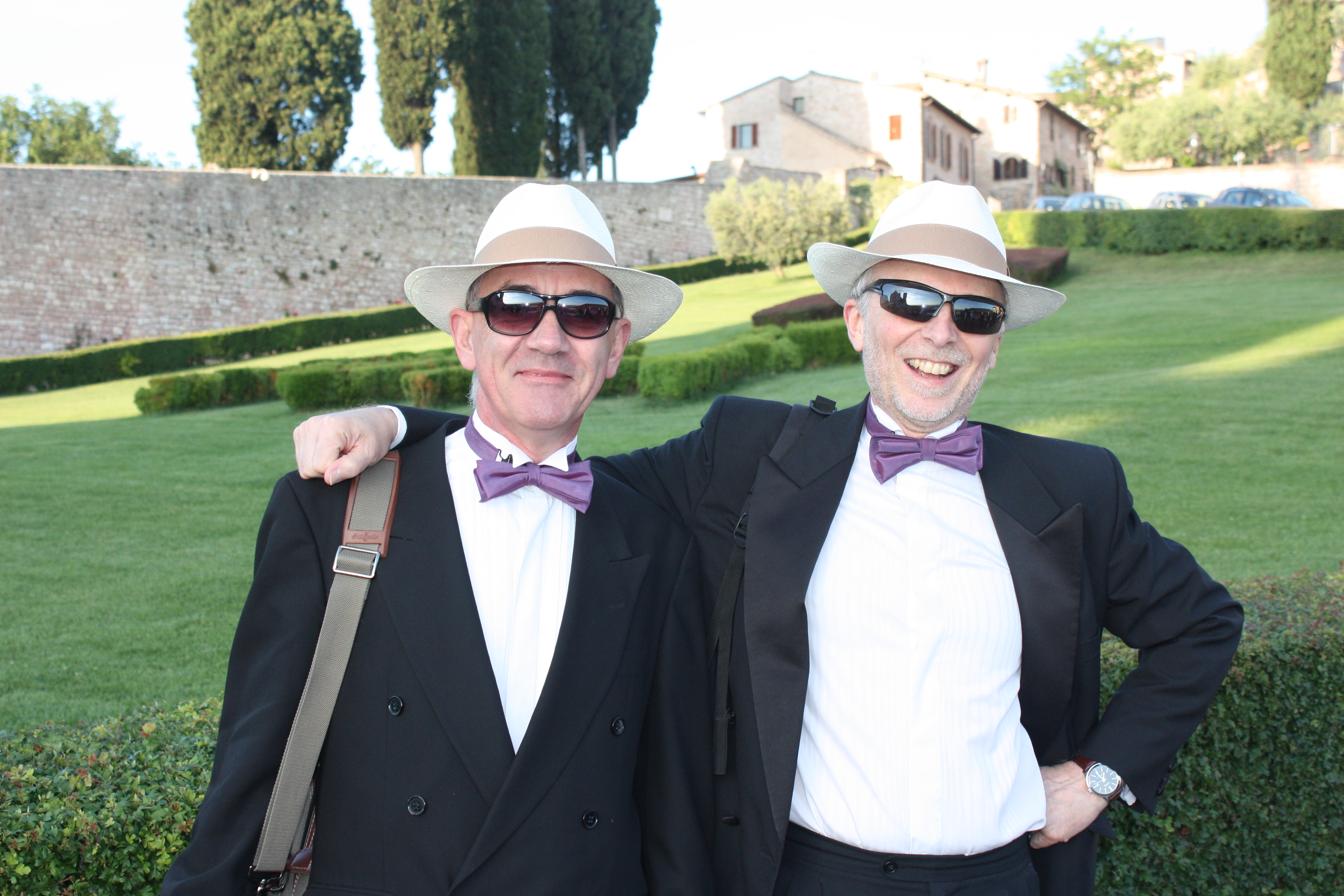 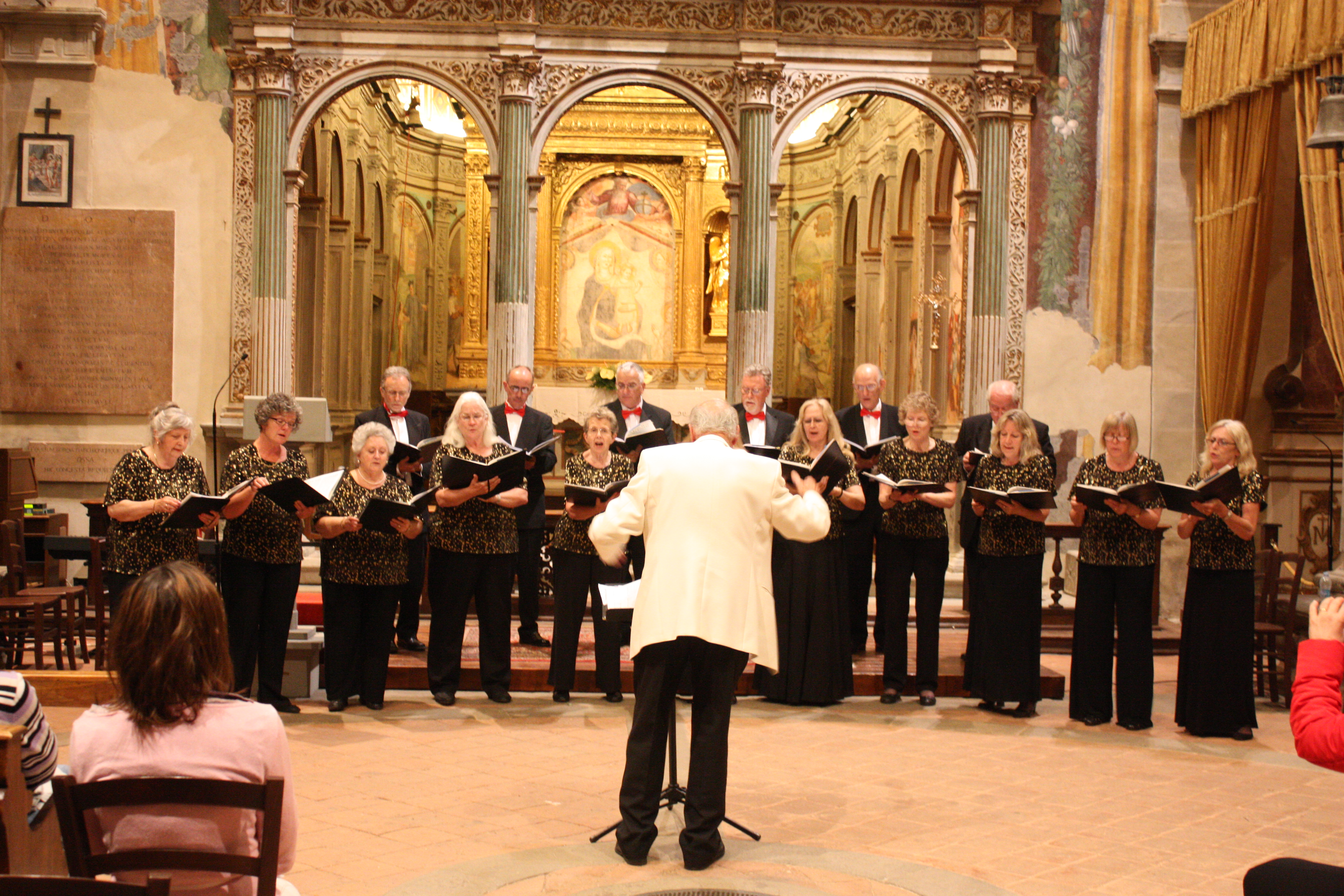 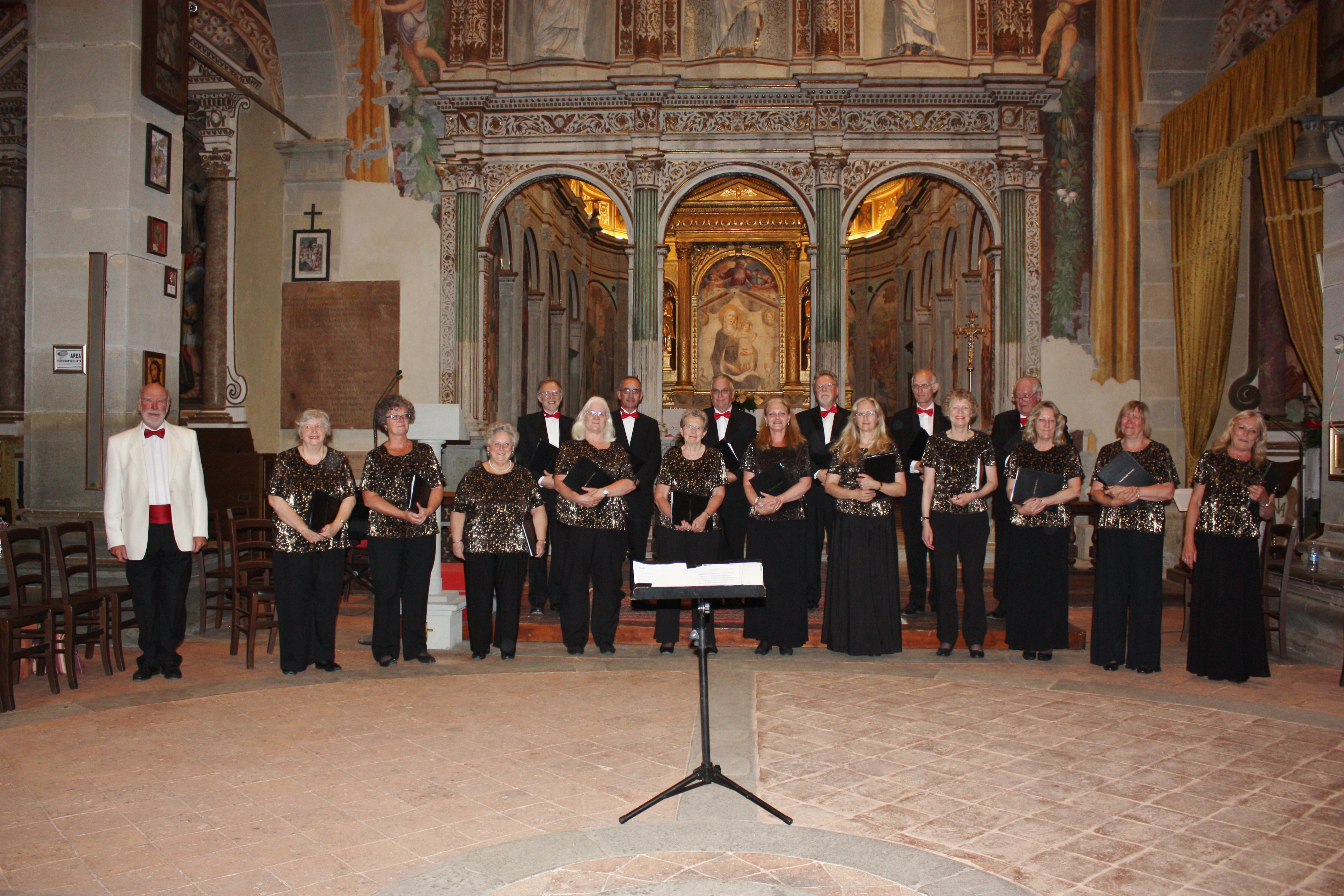 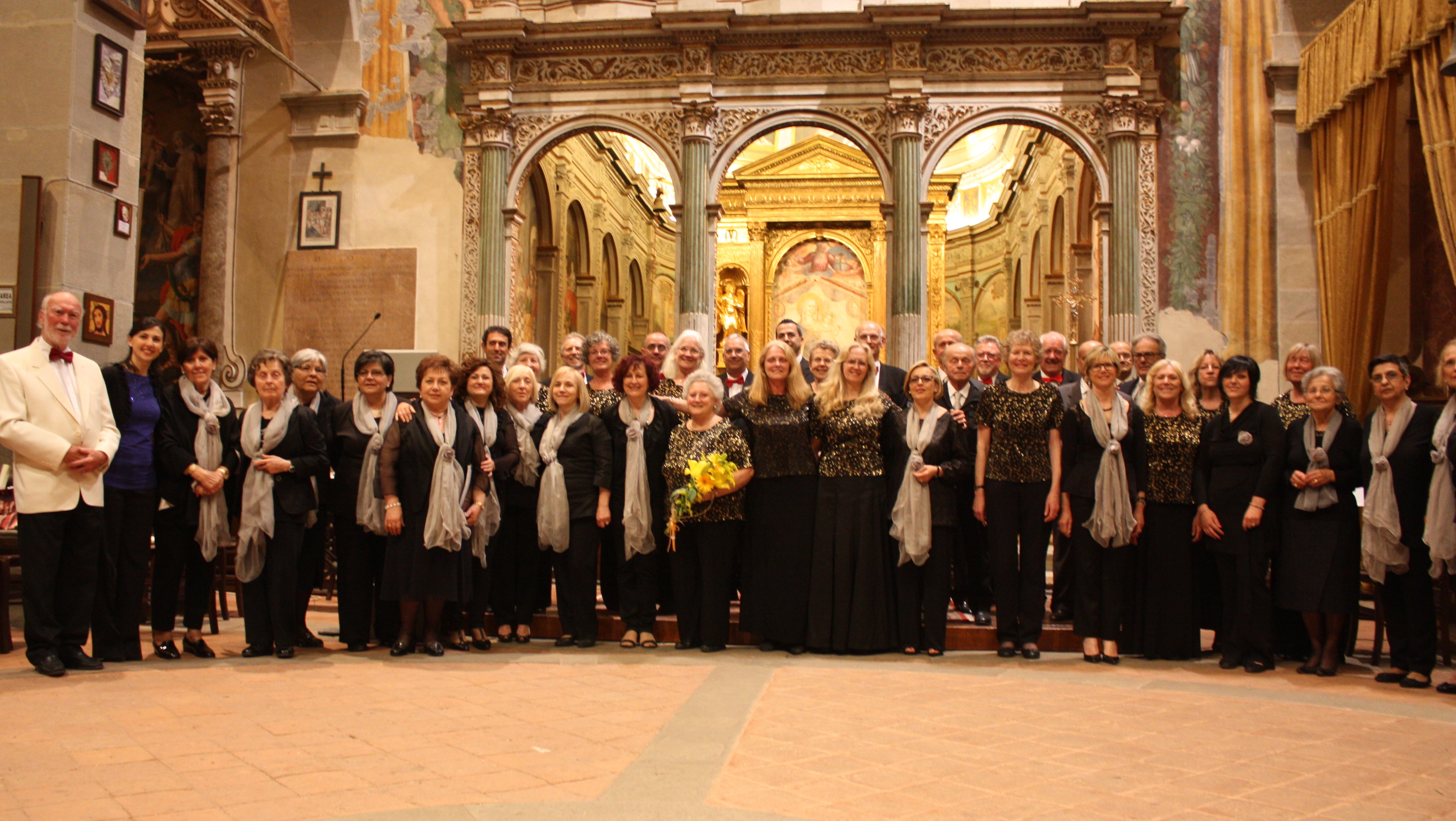 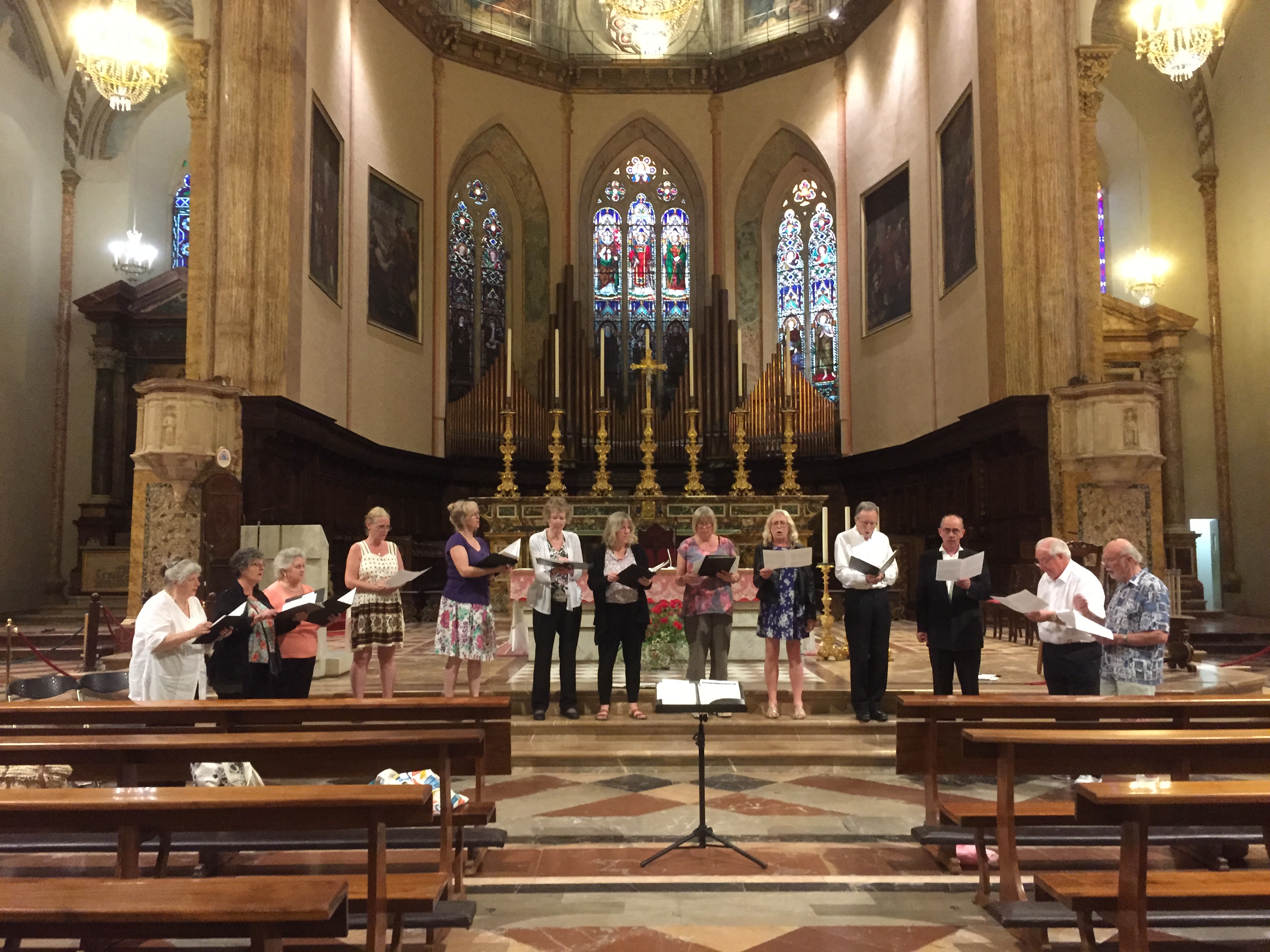 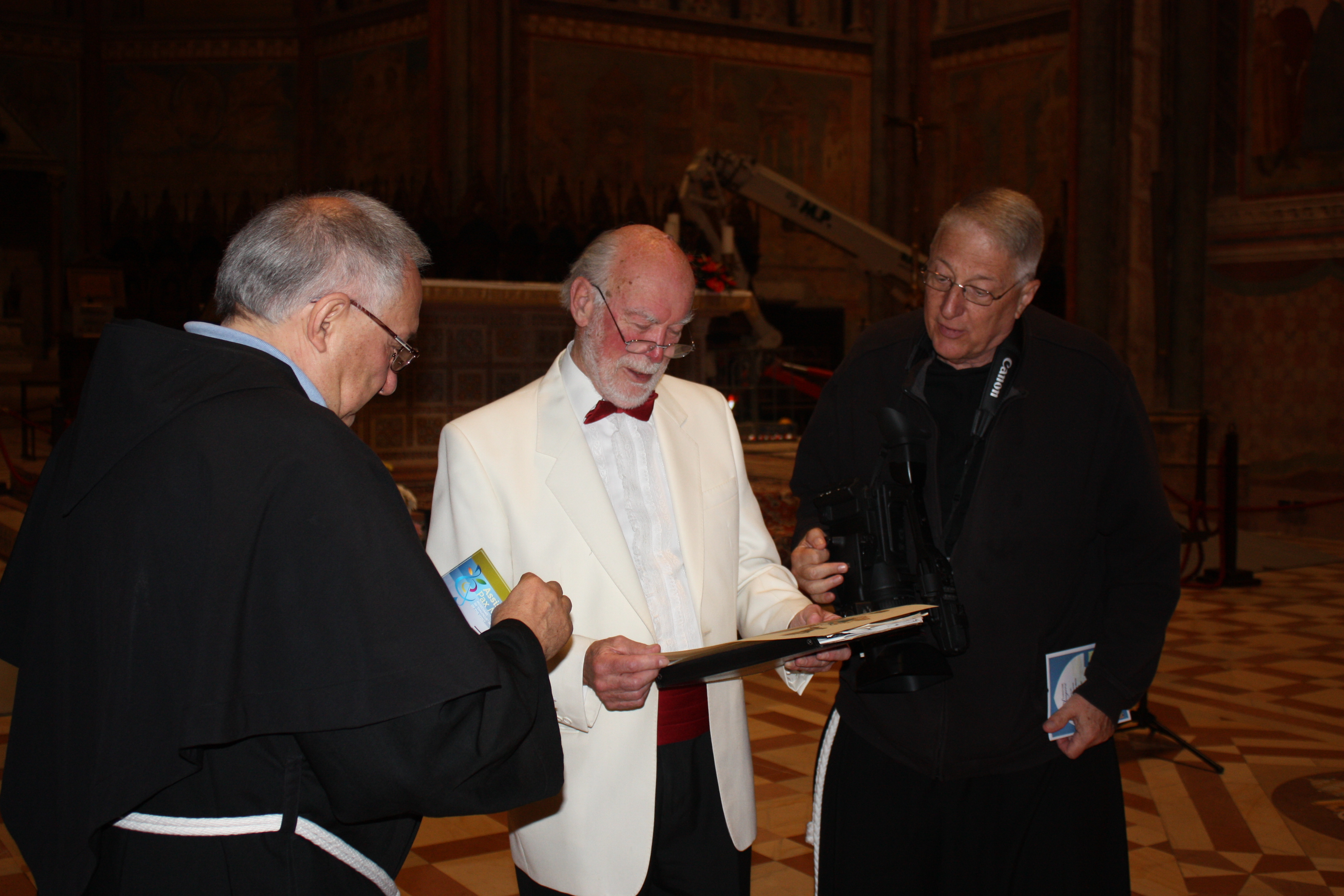 Presentation to Jeffrey in Assisi 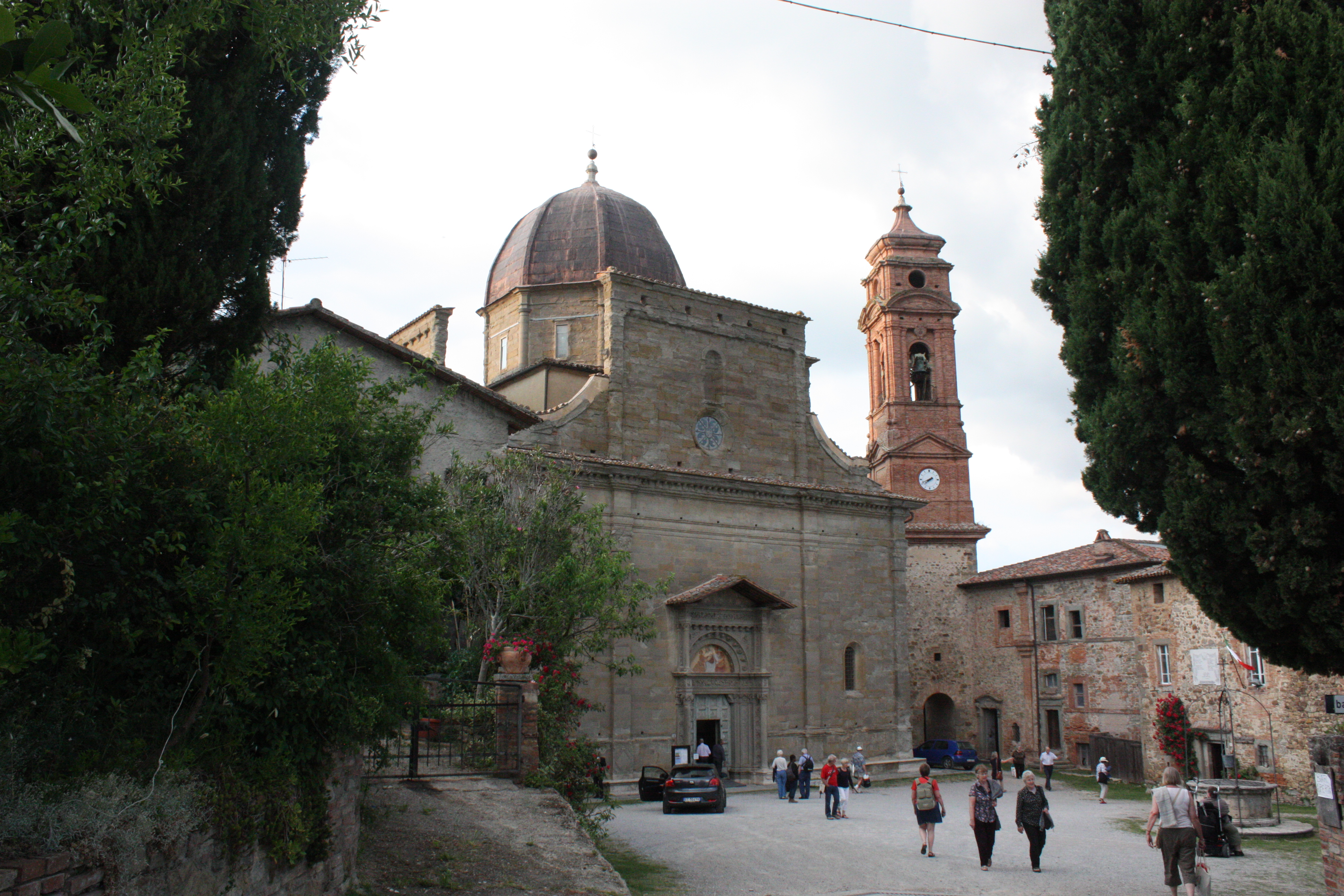 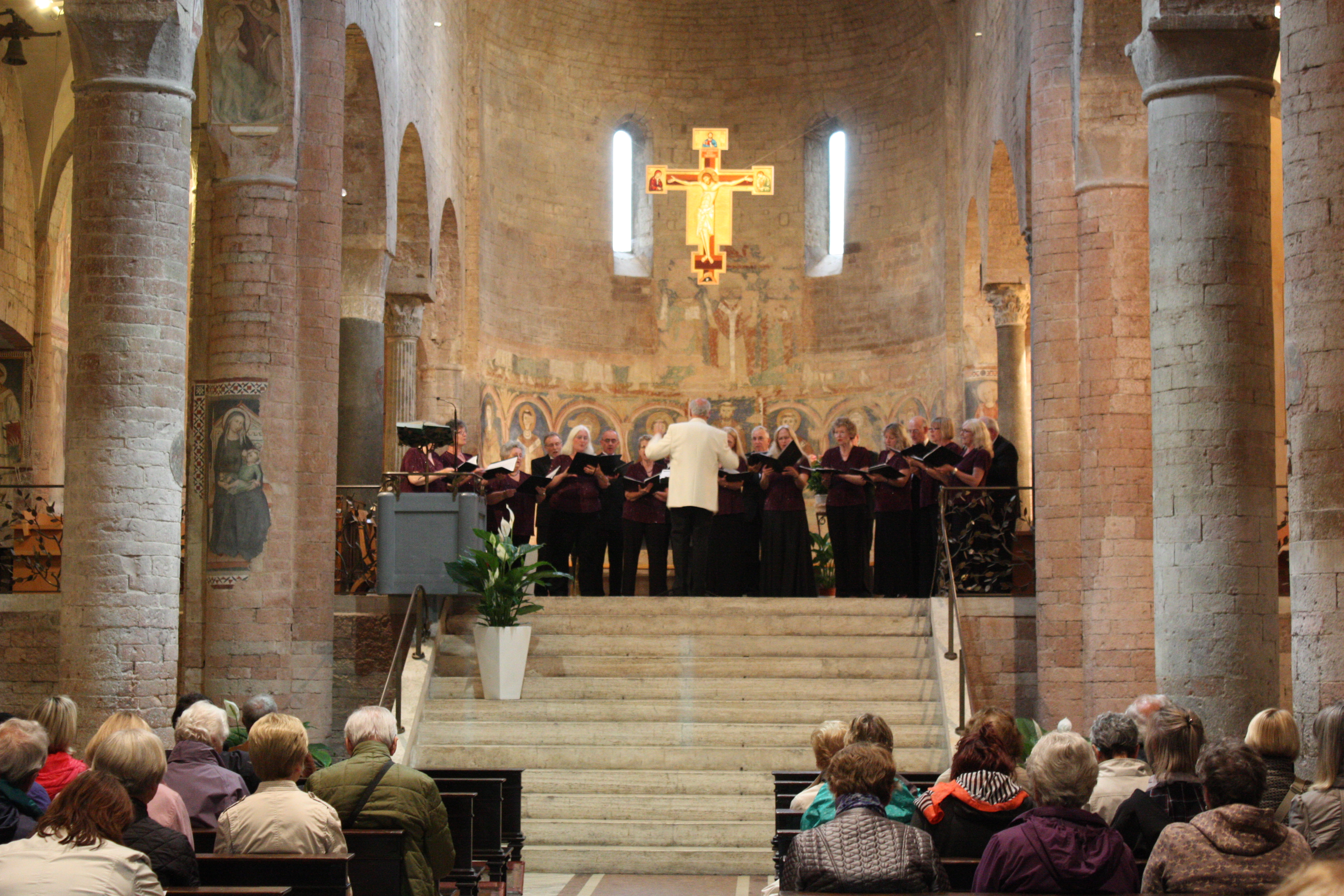 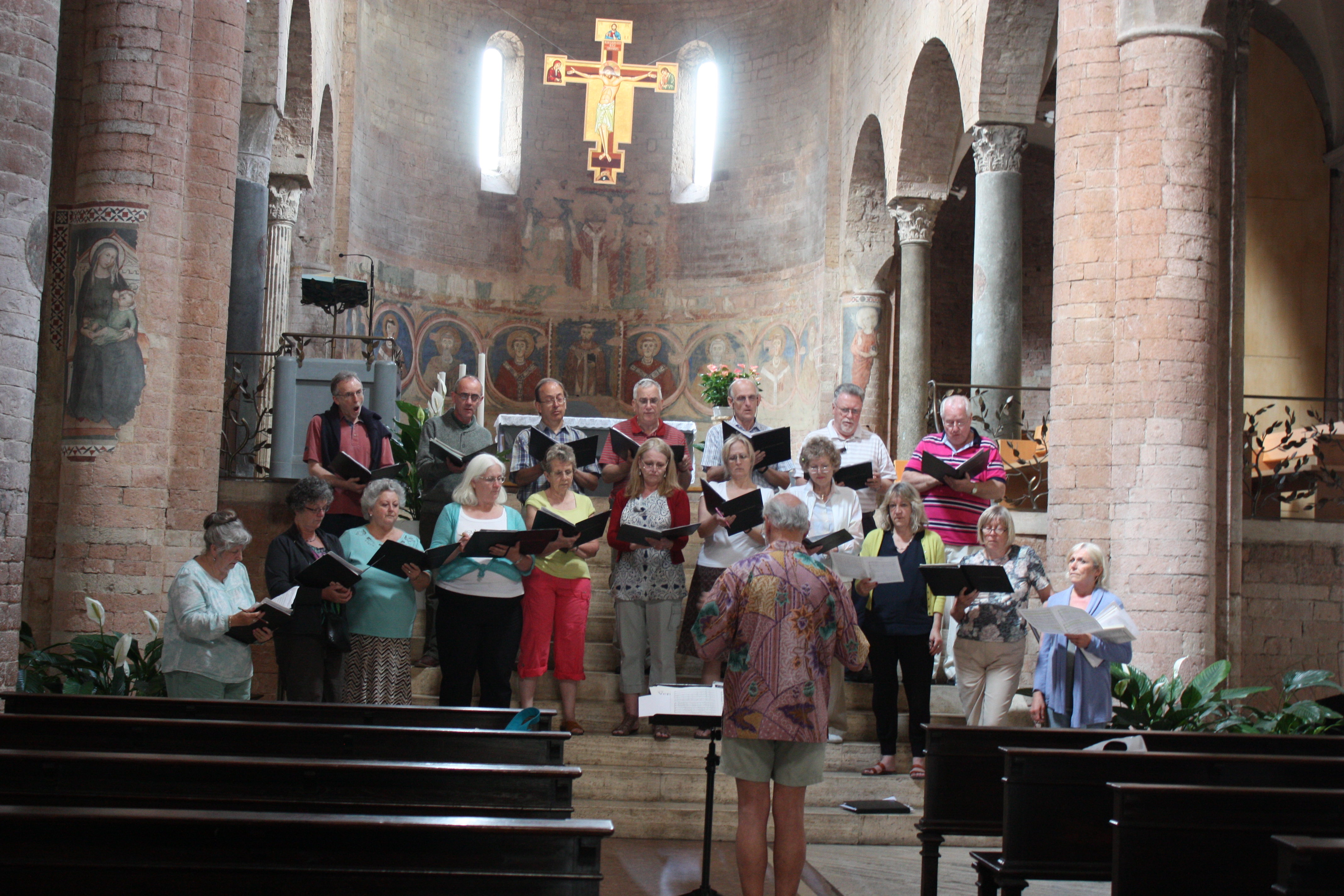 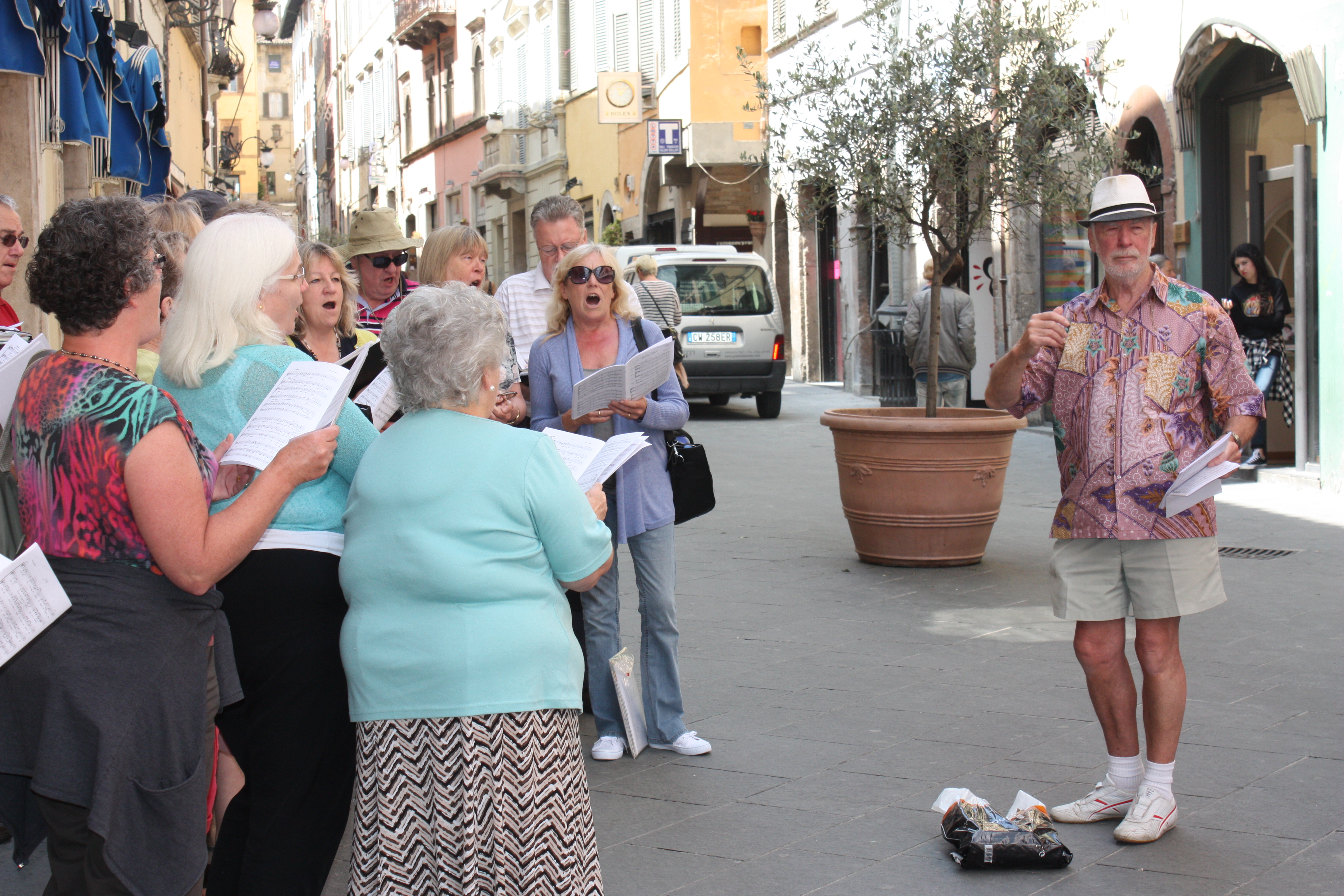 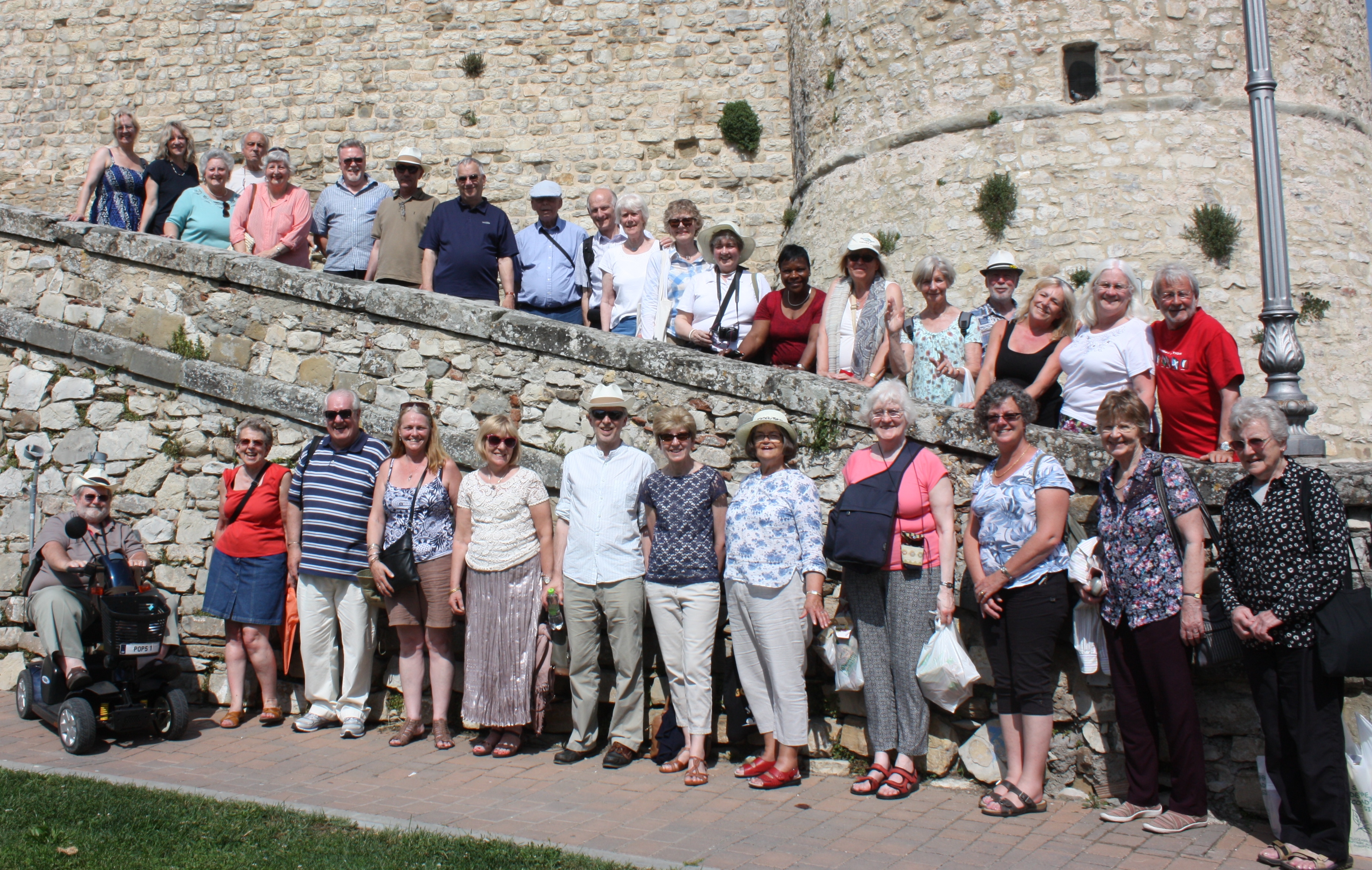 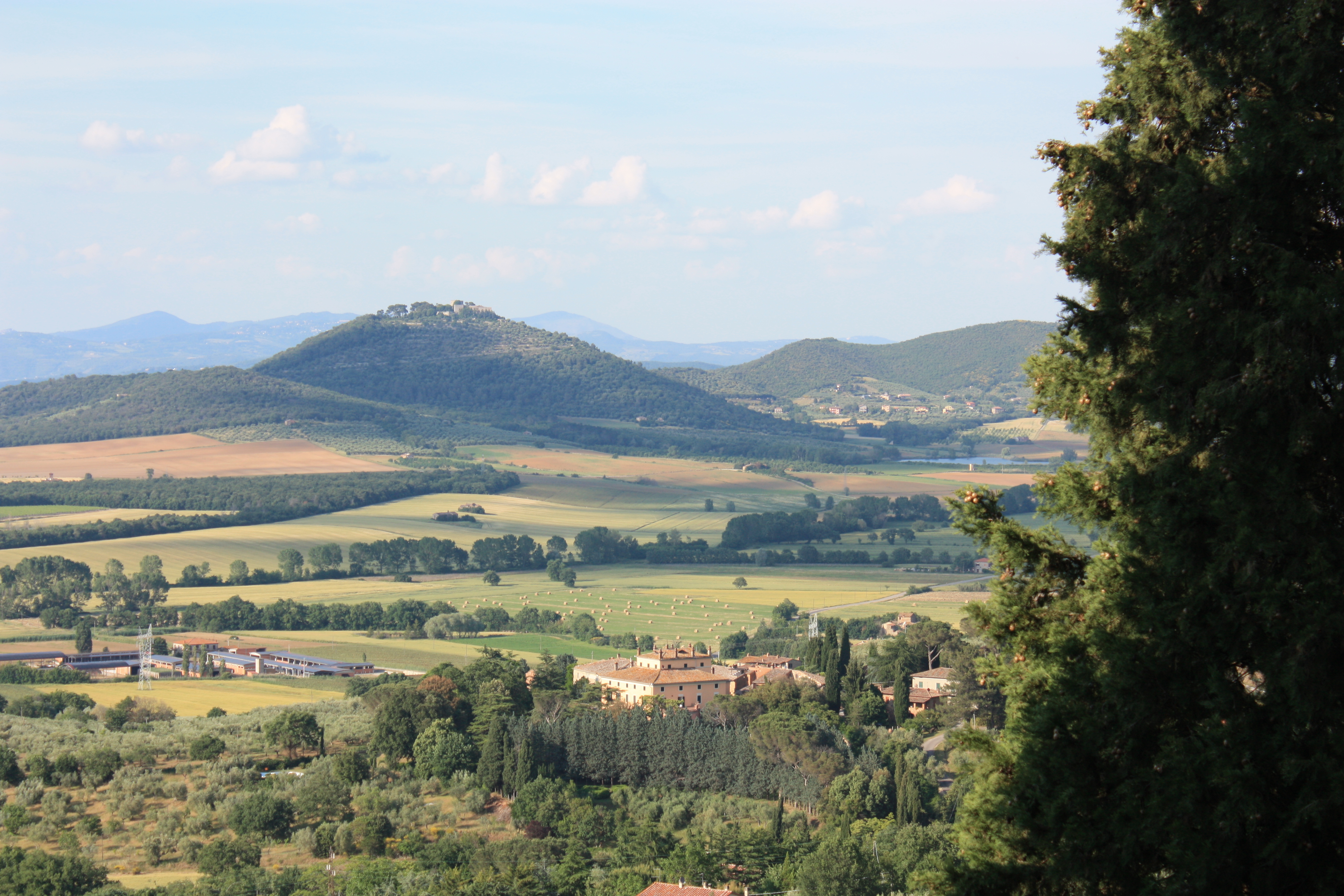 Proms in the Park

Another festival event was held in Whatman Park on Saturday 23rd May 2015 courtesy of Maidstone Borough Council. More than 2,000 people attended the annual free picnic, concert and fireworks. The music was provided by Maidstone Wind Symphony under Jonathan Crowhurst and The Maidstone Singers. 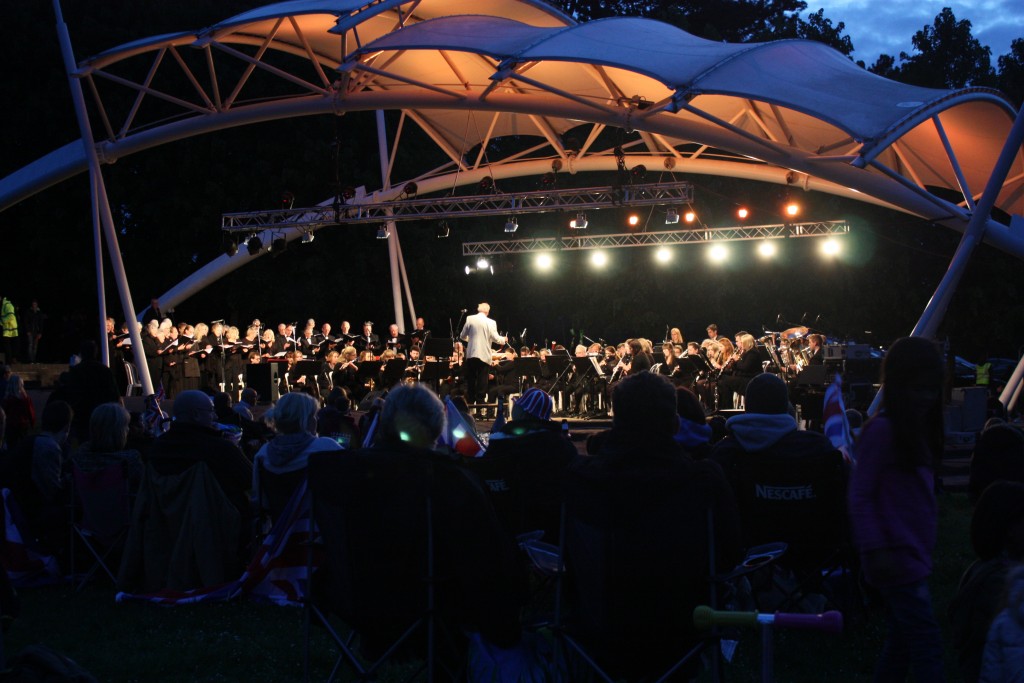 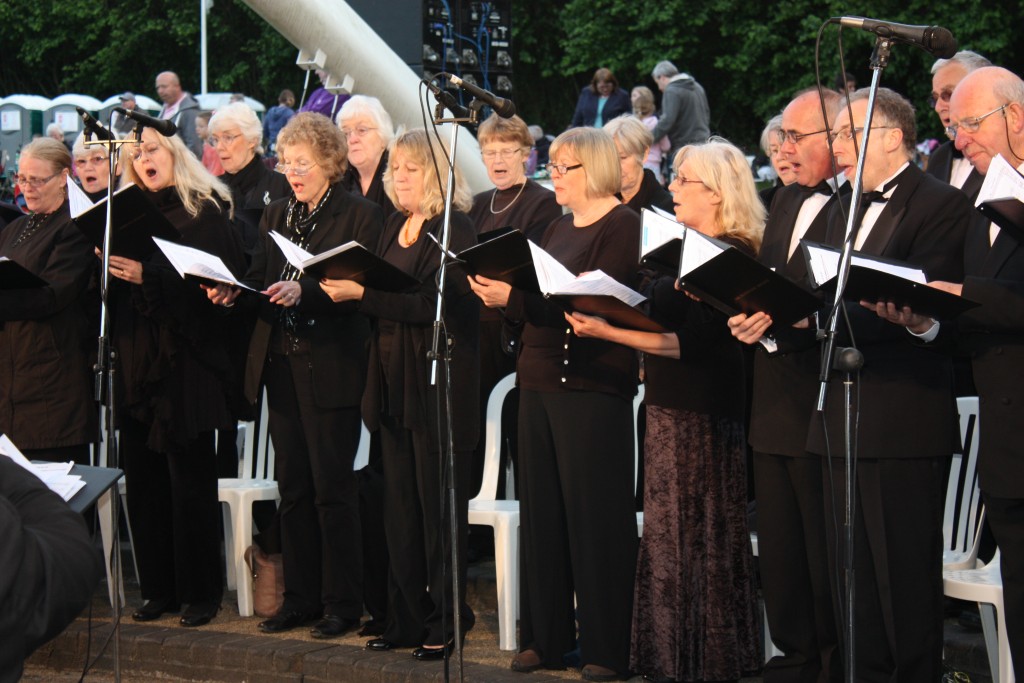 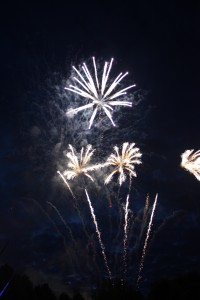 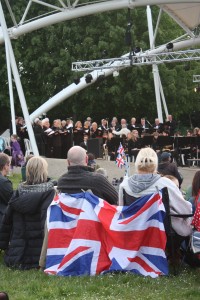 The Maidstone Singers provided the musical entertainment at this year’s ‘Celebrate Maidstone’ event held at the Hilton hotel on Saturday 9th May.

Once again this year The Maidstone Singers joined the West Malling Community Choir for a concert in St Mary’s Church, West Malling on Saturday 28th March. This gave the Singers the opportunity to reveal some of the new music that they will be taking to Umbria in May where they will be singing in the Basilica of St Francis of Assisi and in Perugia Cathedral. These prestigious locations call for some high church religious music and the Singers have been preparing, amongst others, Joseph Rheinberger’s ‘Arbendlied’ and Philip Stopford’s ‘Ave Verum’ which came across exceptionally well in a packed St Mary’s.

To demonstrate their versatility (available for weddings etc.!) they complemented this with a selection of secular music including Cole Porter and the Beatles. ‘The Continental’ and ‘Over the Rainbow’, well practised and well received, worked beautifully with the West Malling Community Choirs offerings which included songs from the shows, Paul Simon’s ‘Sound of Silence’ as well as ‘Dona Nobis Pacem’ (anon.) showing that they too possess versatility as well as great enthusiasm and not a little talent as a community choir.

It is to Jeffrey Vaughan Martin’s great credit that, in leading both choirs and bringing them together in a concert such as this, he has provided a grander and more enjoyable occasion than if they had been obliged to sing separately. Moreover, Jeffrey does this with equal enthusiasm whether he is organising an international tour to some of the most renowned religious sites in Europe or encouraging all-comers to come and sing and have fun in the local community choir. This concert was the epitome of his remarkable commitment to an eclectic range of choral music. 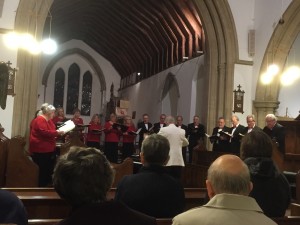 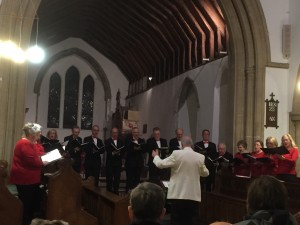 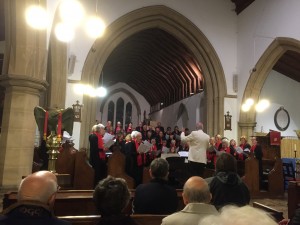 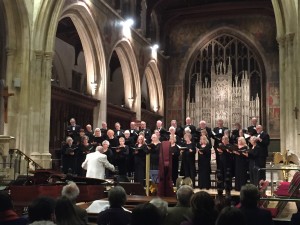 The Maidstone Singers combined with a children’s choir comprising singers from Invicta Grammar School, Maidstone Girls Grammar School and Maidstone Youth Music Society in a performance of John Rutter’s “Mass of the Children”. Soloists Nicola Corbishley (Soprano) and Brian White (Baritone) added consummately to an evening which provided a moving and thoroughly enjoyable experience for the large and appreciative audience. This celebration of Rutter’s 70th birthday year presented the last major work that he has written and which received its premiere in Carnegie Hall, New York in 2003. It was written in memory of his son, Christopher, who died in 2001 in a road accident at the age of only 19.

Such performances in conjunction with other singing and musical groups have become the hallmark of The Maidstone Singers who have extended their wide repertoire in this way. In the first half of the evening the Singers presented some of their standard repertoire including a very polished version of ‘Totus Tuus’ by Henryk Gorecki. Invicta Grammar School Chamber Choir and MYMS Voices sang a selection of their own music.