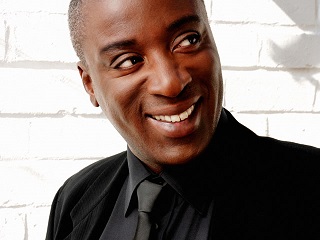 Wayne Marshall travels worldwide as a conductor, virtuoso organist and solo pianist. A renowned interpreter of Gershwin, Bernstein, Ellington and other 20th century American composers, he became Principal Guest Conductor of the Orchestra Sinfonica di Milano Giuseppe Verdi in September 2007. Appearances as guest conductor have included many UK orchestras as well as Accademia di Santa Cecilia, RAI Torino, Rotterdam Philharmonic, Vienna Radio, Swedish Radio, Sydney Symphony, Royal Stockholm Philharmonic and Maggio Musicale. Recent highlights have included ‘West Side Story’ (Bregenz) and ‘Porgy and Bess’ (BBC Proms, Bregenz, Washington, Dall and Paris). Organist-in-residence at Manchester’s Bridgewater Hall, he has played in many of the world’s top recital venues.Wayne Marshall was born in the UK and, after musical studies there and in Vienna, swiftly established an international career as organist and pianist. Organist-in Residence at Bridgewater Hall since its opening in 1996, he is now also in demand as a conductor and became Principal Guest Conductor of Orchestra Sinfonica di Milano Giuseppe Verdi in 2007 and is a celebrated interpreter of Gershwin, Bernstein and other 20th century American composers.