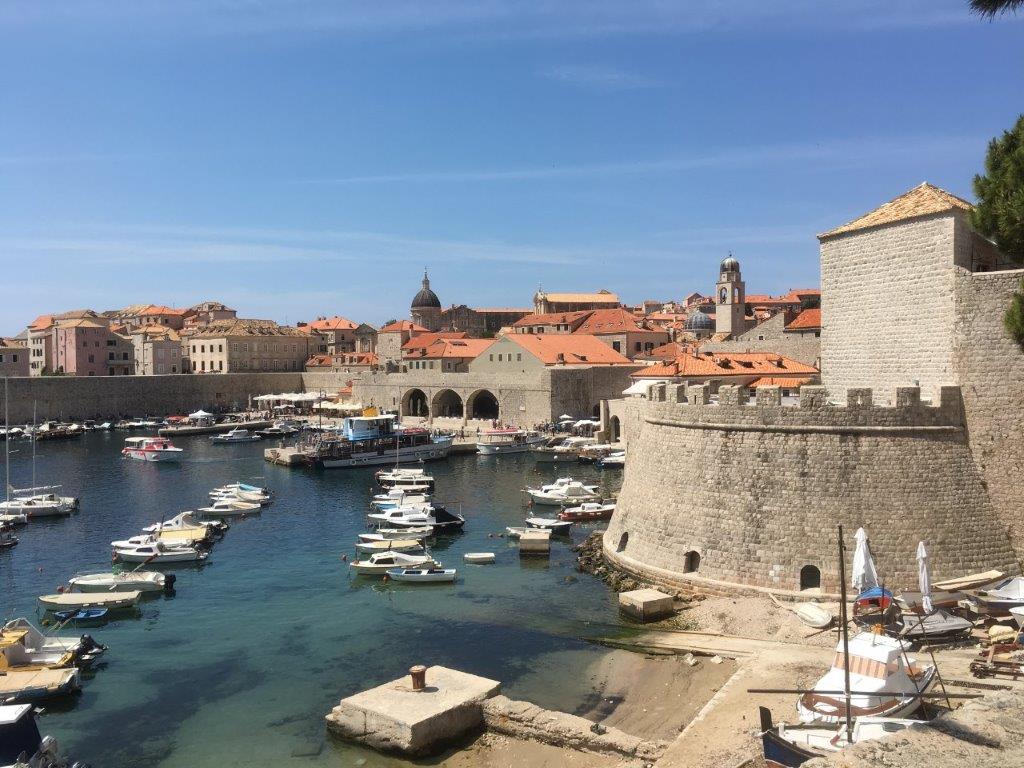 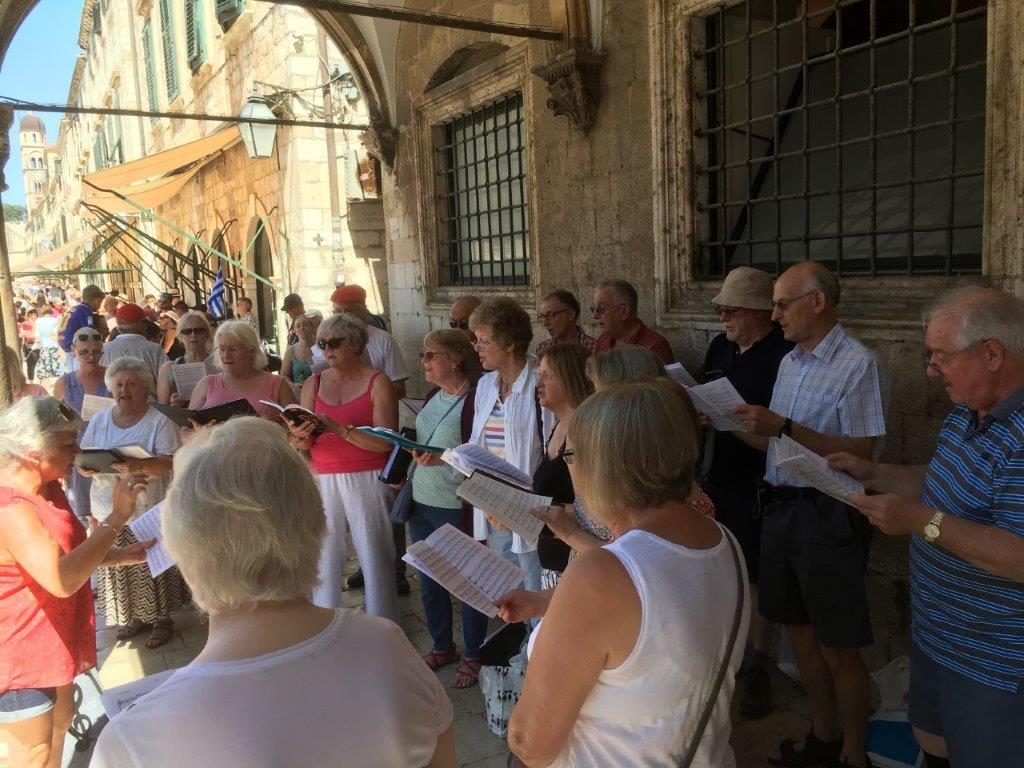 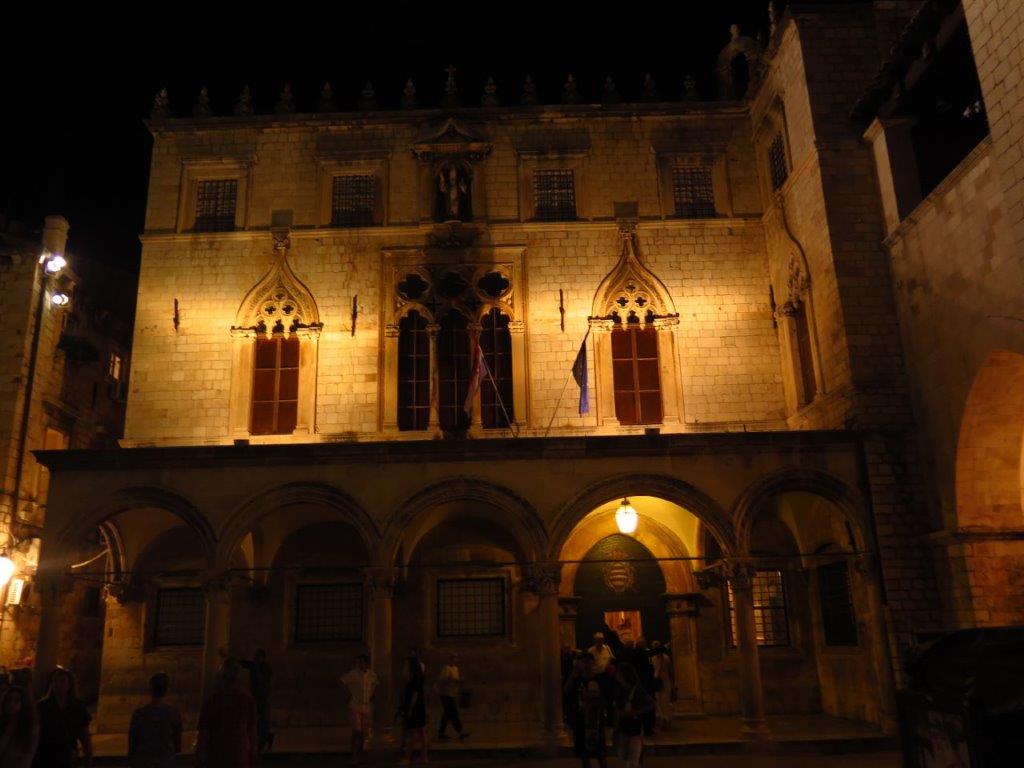 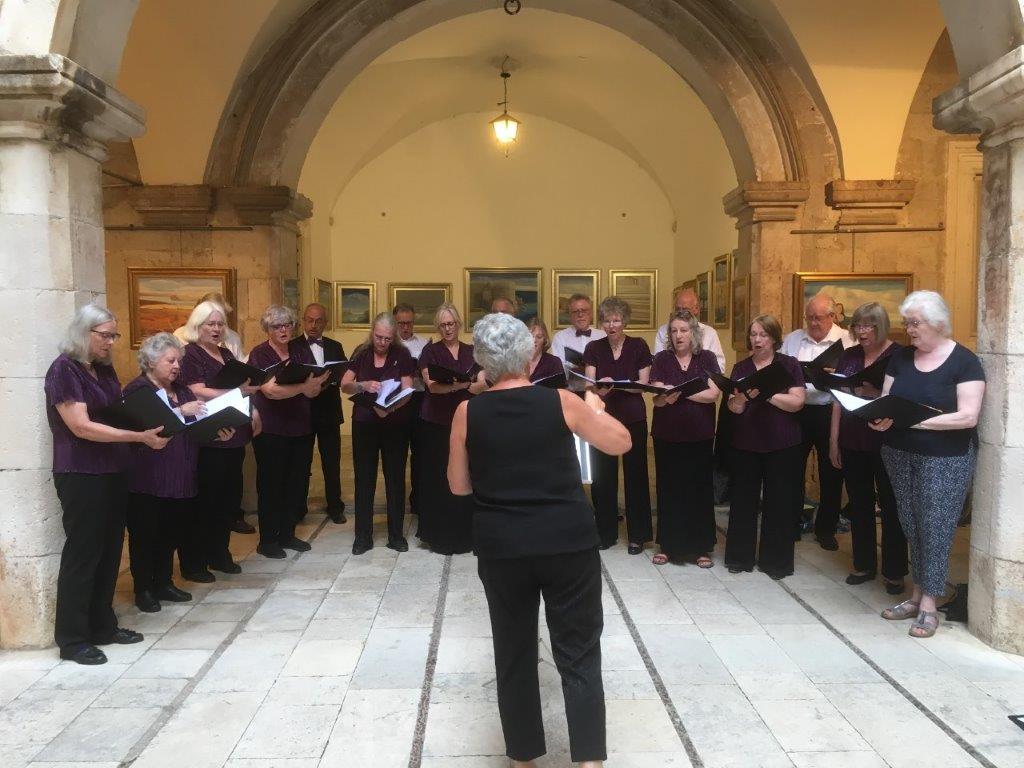 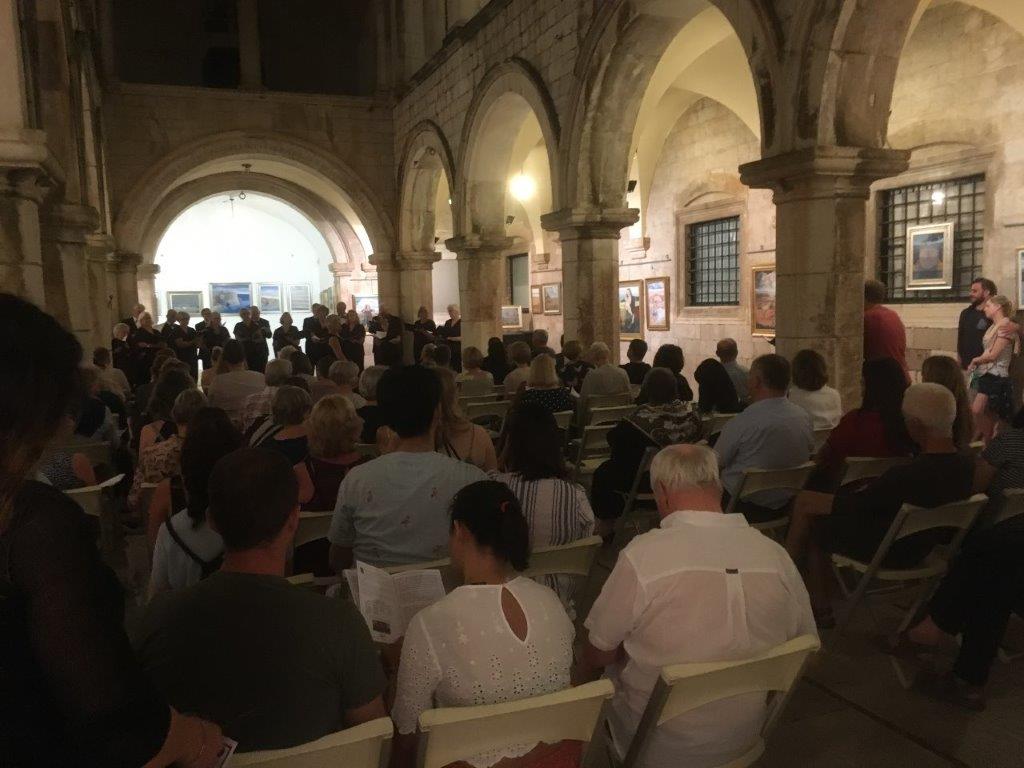 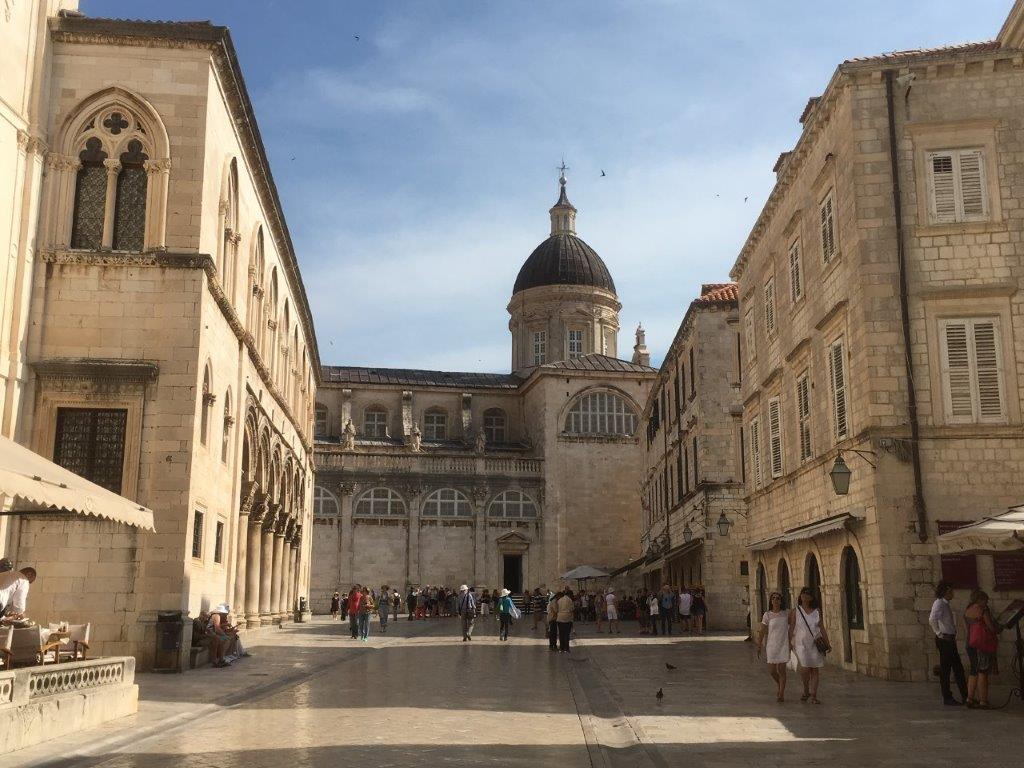 Dubrovnik Cathedral of the Assumption of the Virgin Mary 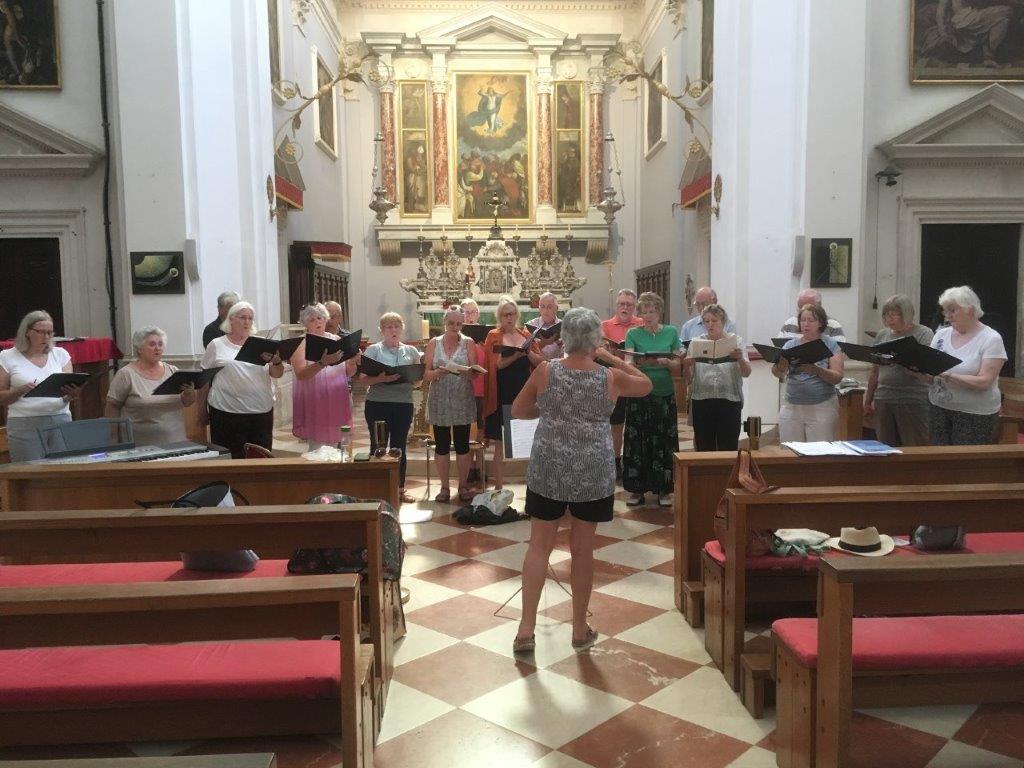 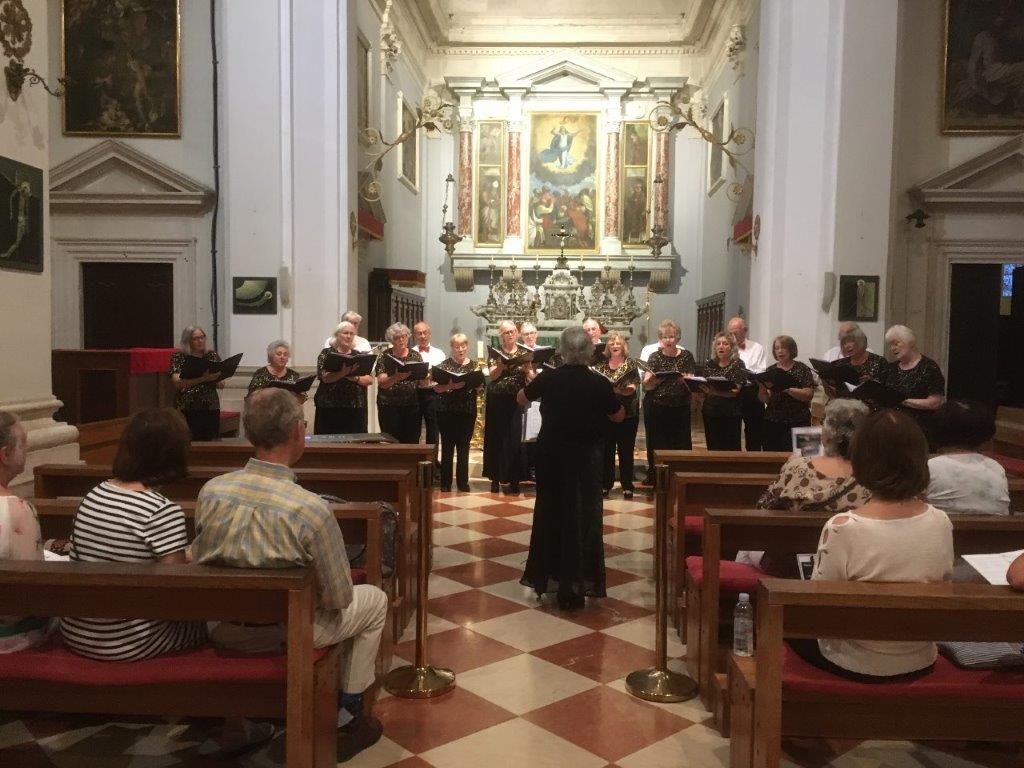 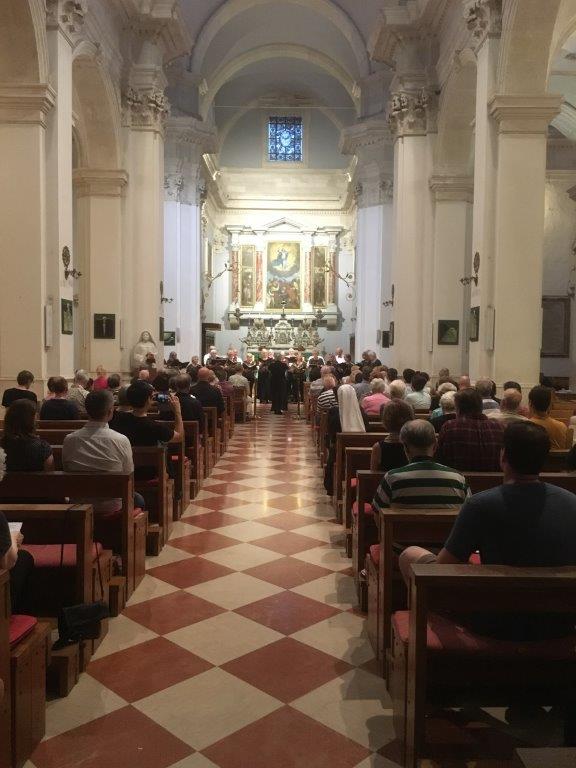 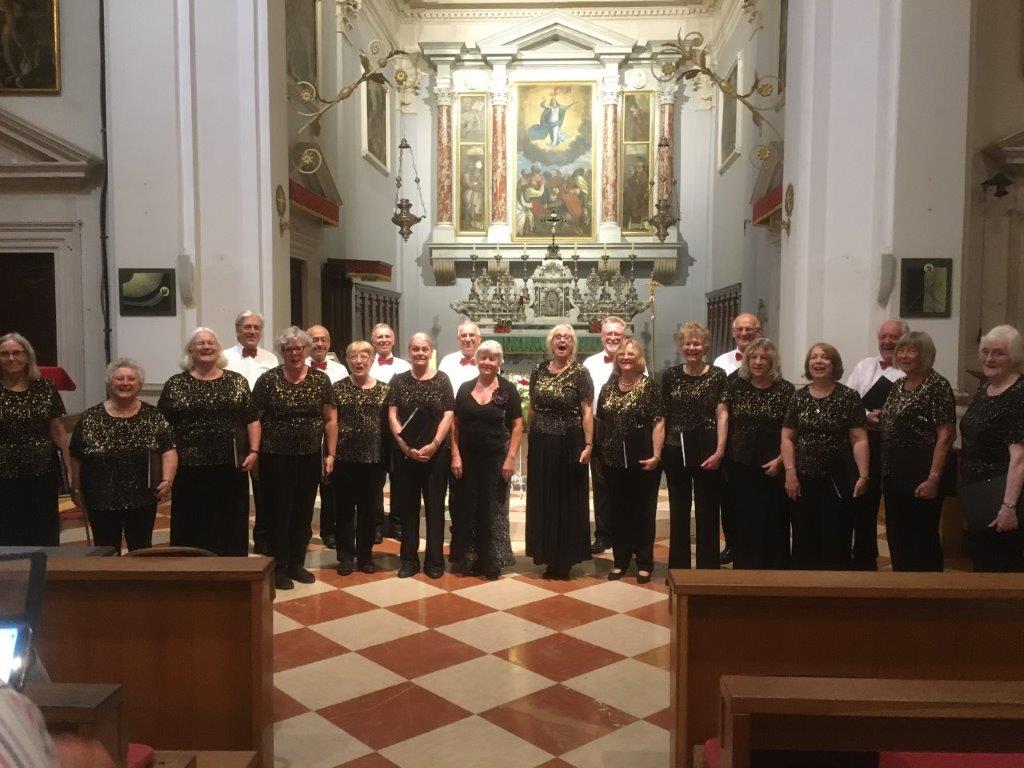 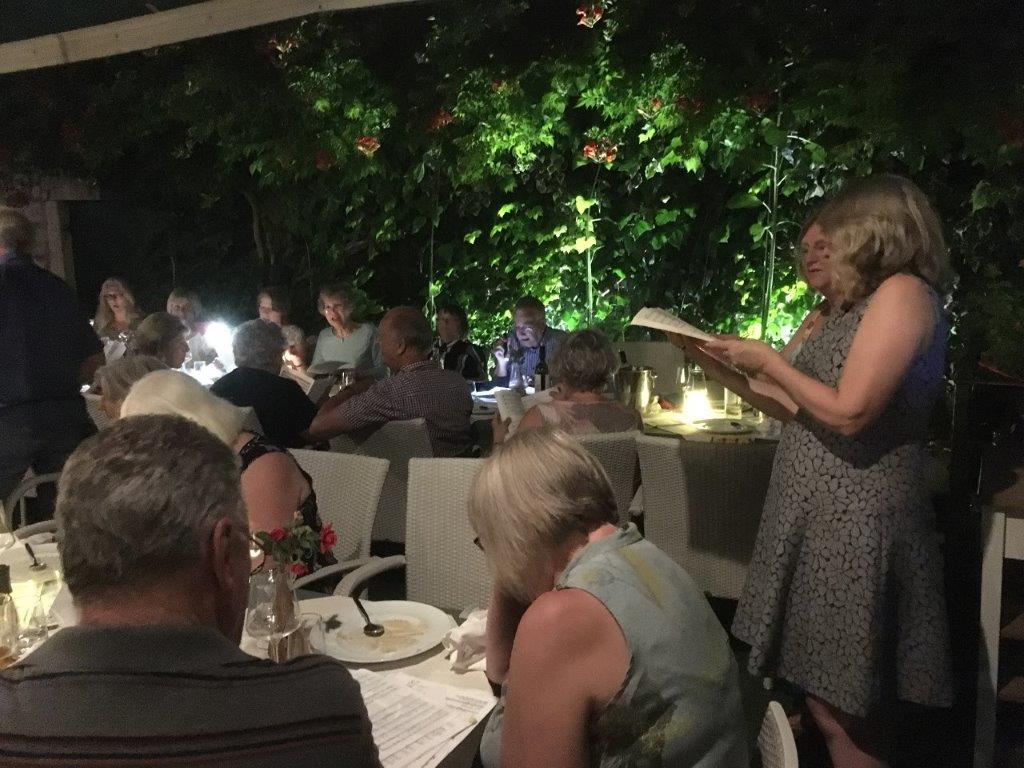 Singing in a restaurant 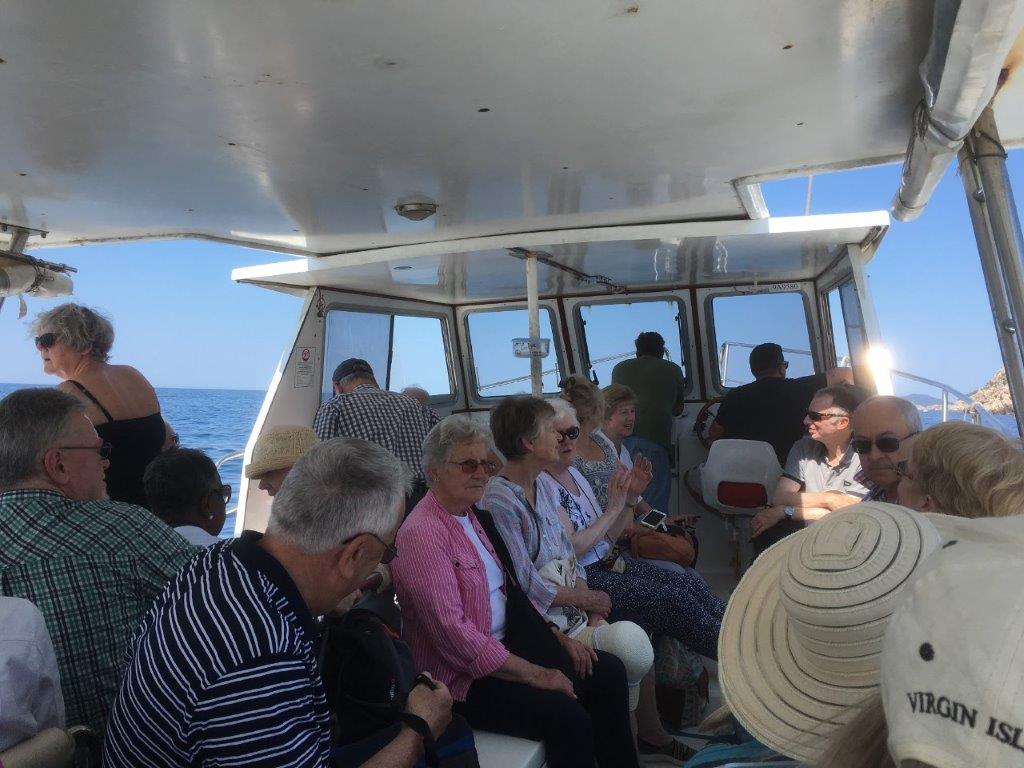 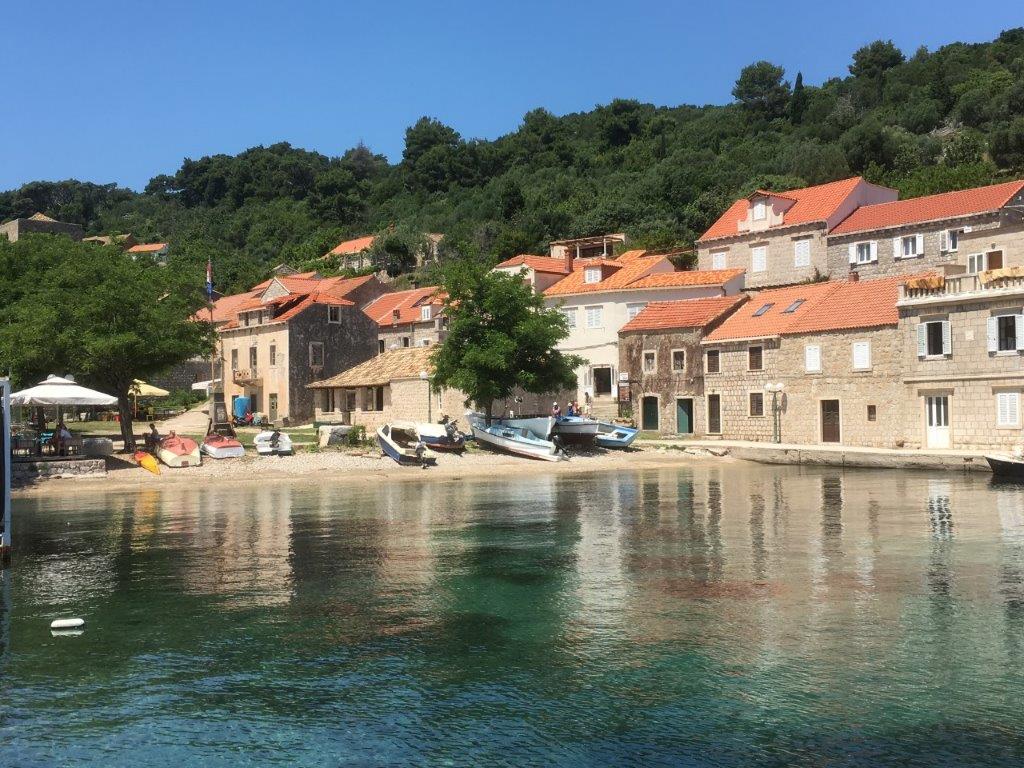 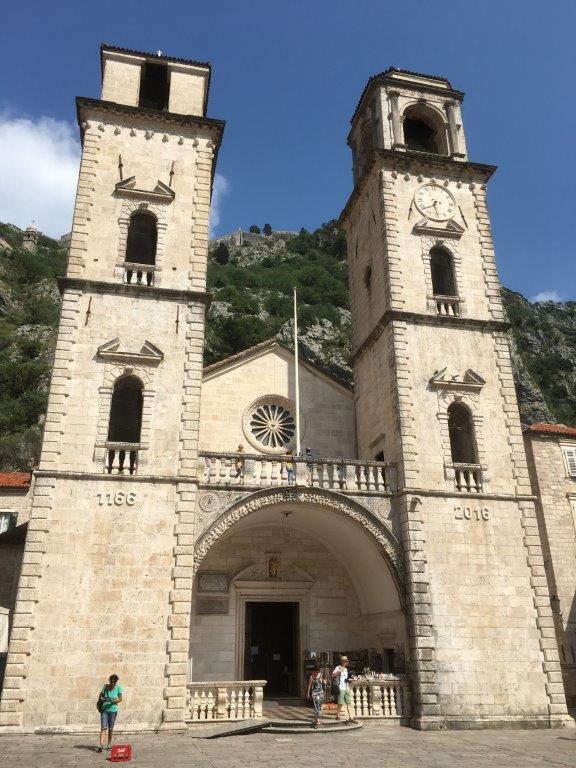 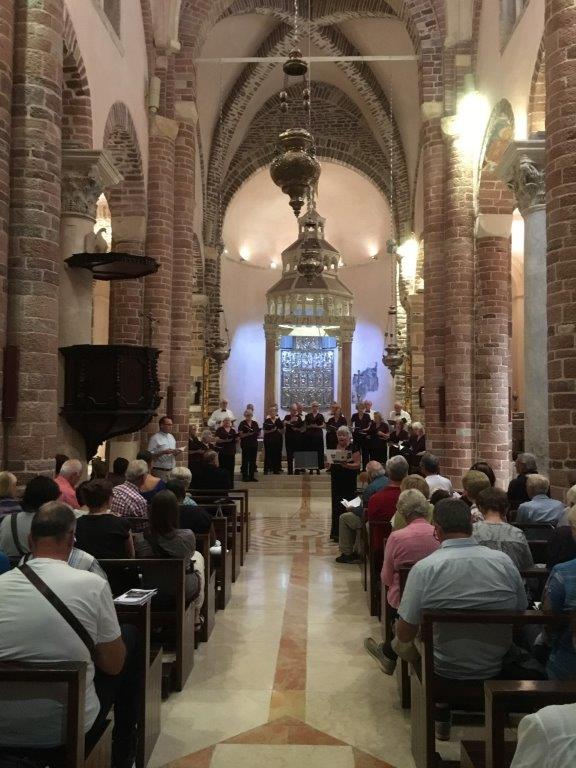 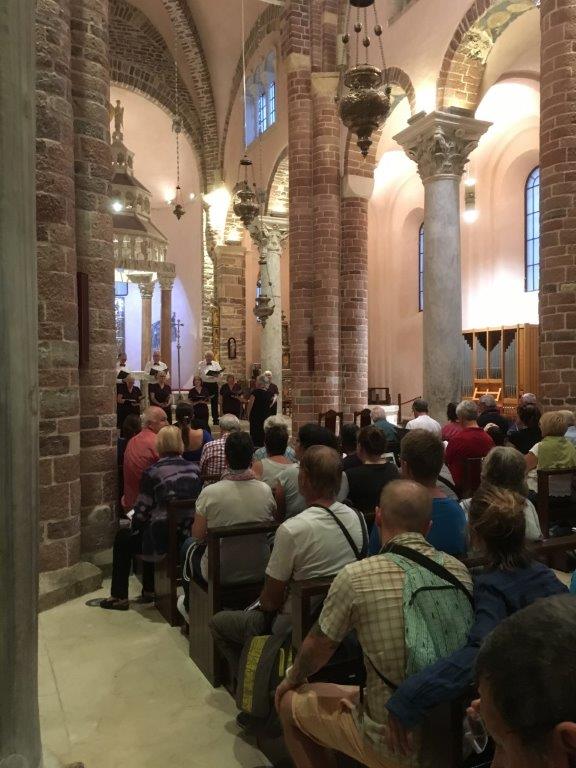 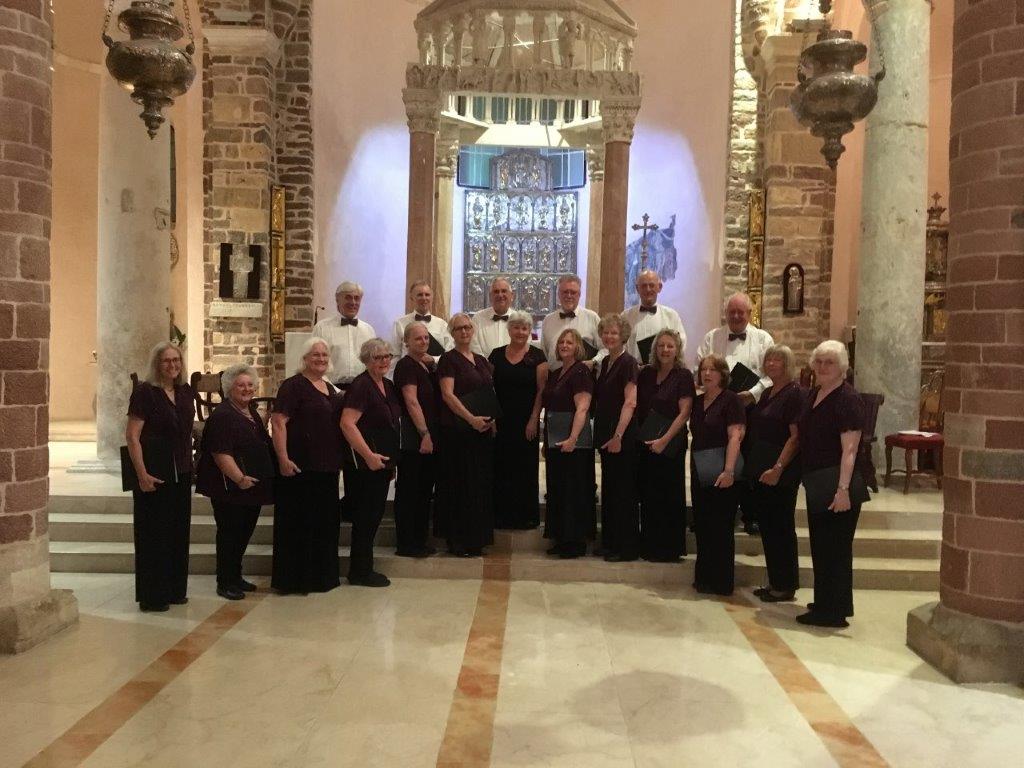 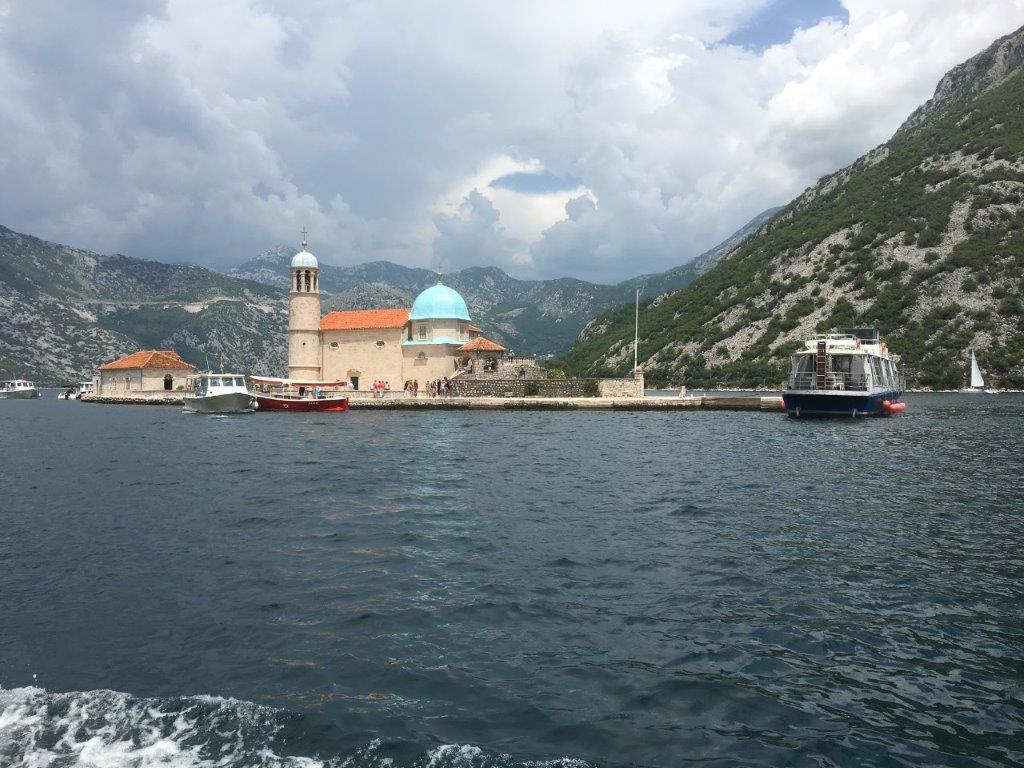 Our Lady of the Rocks Kotor 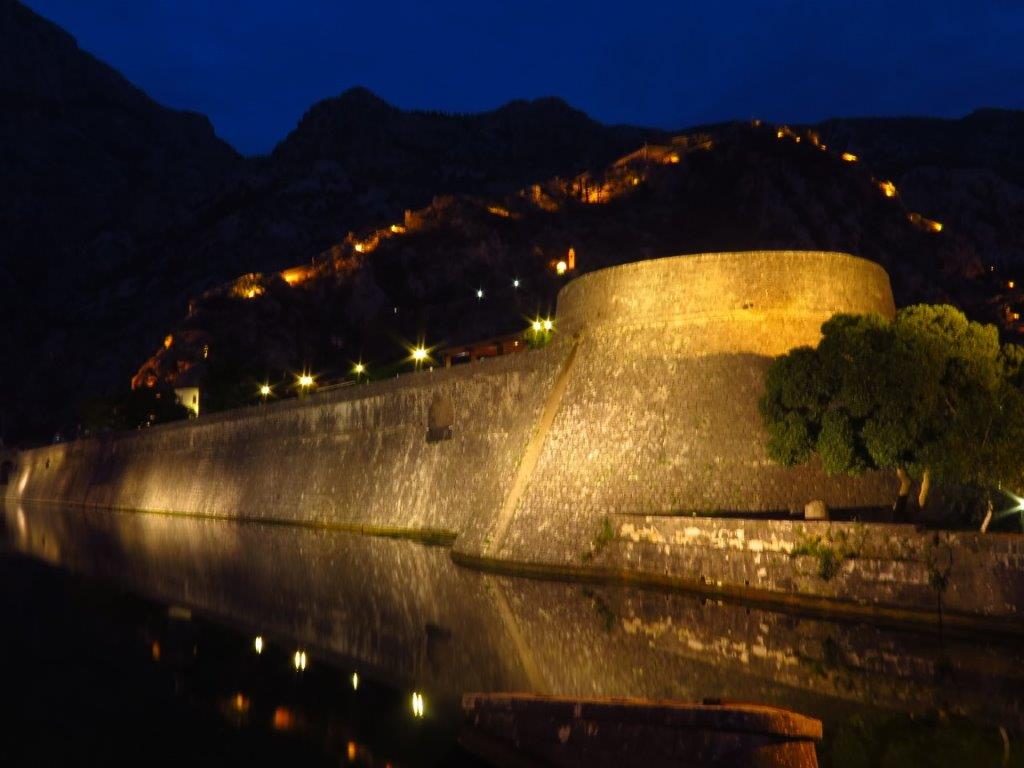 The Maidstone Singers’ overseas tour this year was to Croatia and Montenegro. Concerts were held in the Sponza Palace and in the Cathedral of the Assumption of the Virgin Mary in Dubrovnik and in the Cathedral of St Tryphon in Kotor but the choir also sang in the streets, in restaurants, at their own private party and even on the plane on the way home!

This was a most enjoyable tour in delightful surroundings and with the benefit of large and appreciative audiences at each of the concerts. The choir continues to go from strength to strength under Kathryn’s leadership and displays great confidence, power and control wherever they sing.

In the Sponza Palace they presented their Shakespeare Programme with Angela Clark providing the spoken word. In the other two concerts there were selections from the Singers’ sacred repertoire. With extremely helpful contacts in both locations the pre-publicity had been excellent and we await local press reports from both countries which we hope to publish here shortly.