‘Northern Lights and Southern Sun’
A joint concert with ‘Notability’ in Prestwich, Manchester
on Saturday 5th May 2018 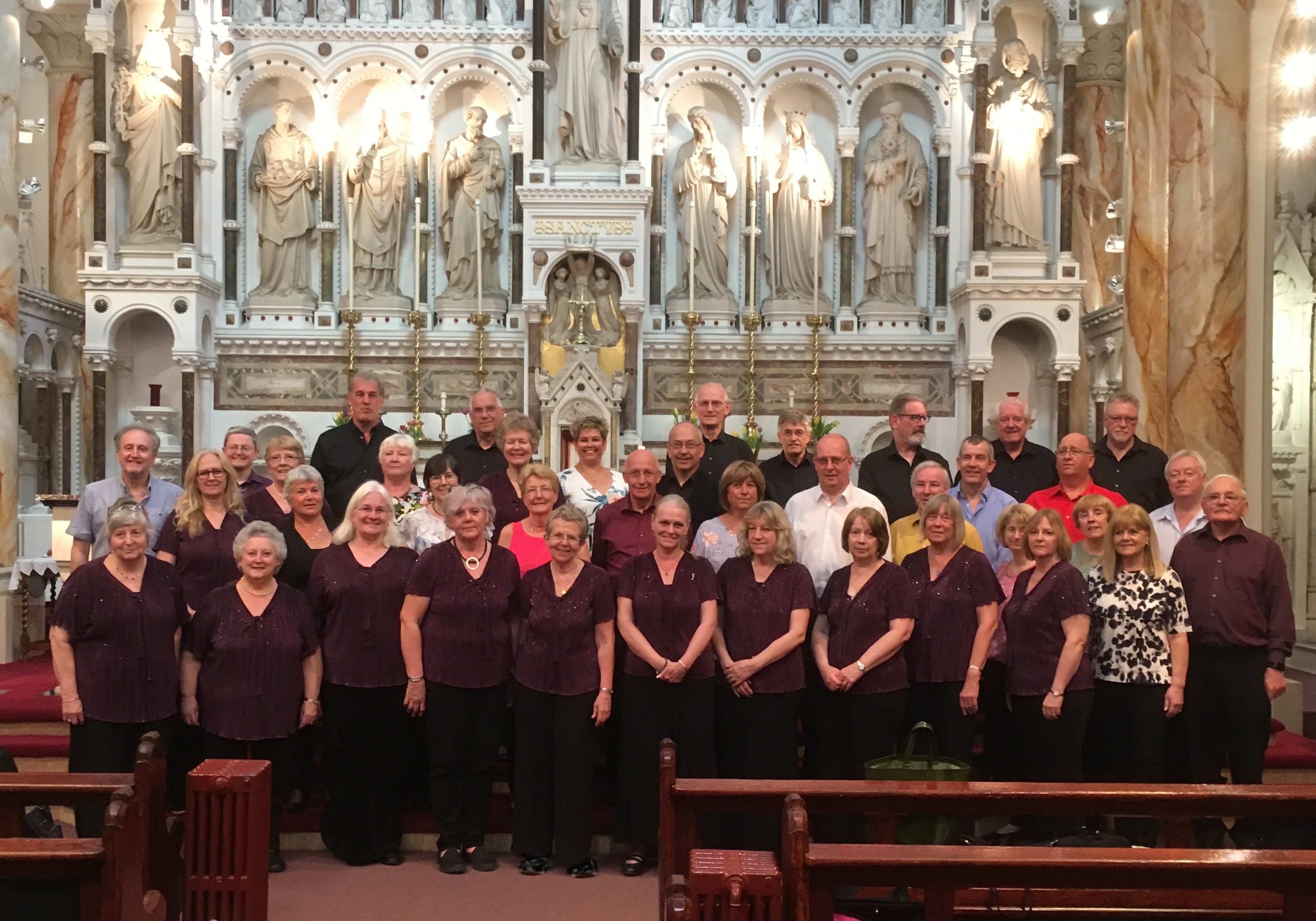 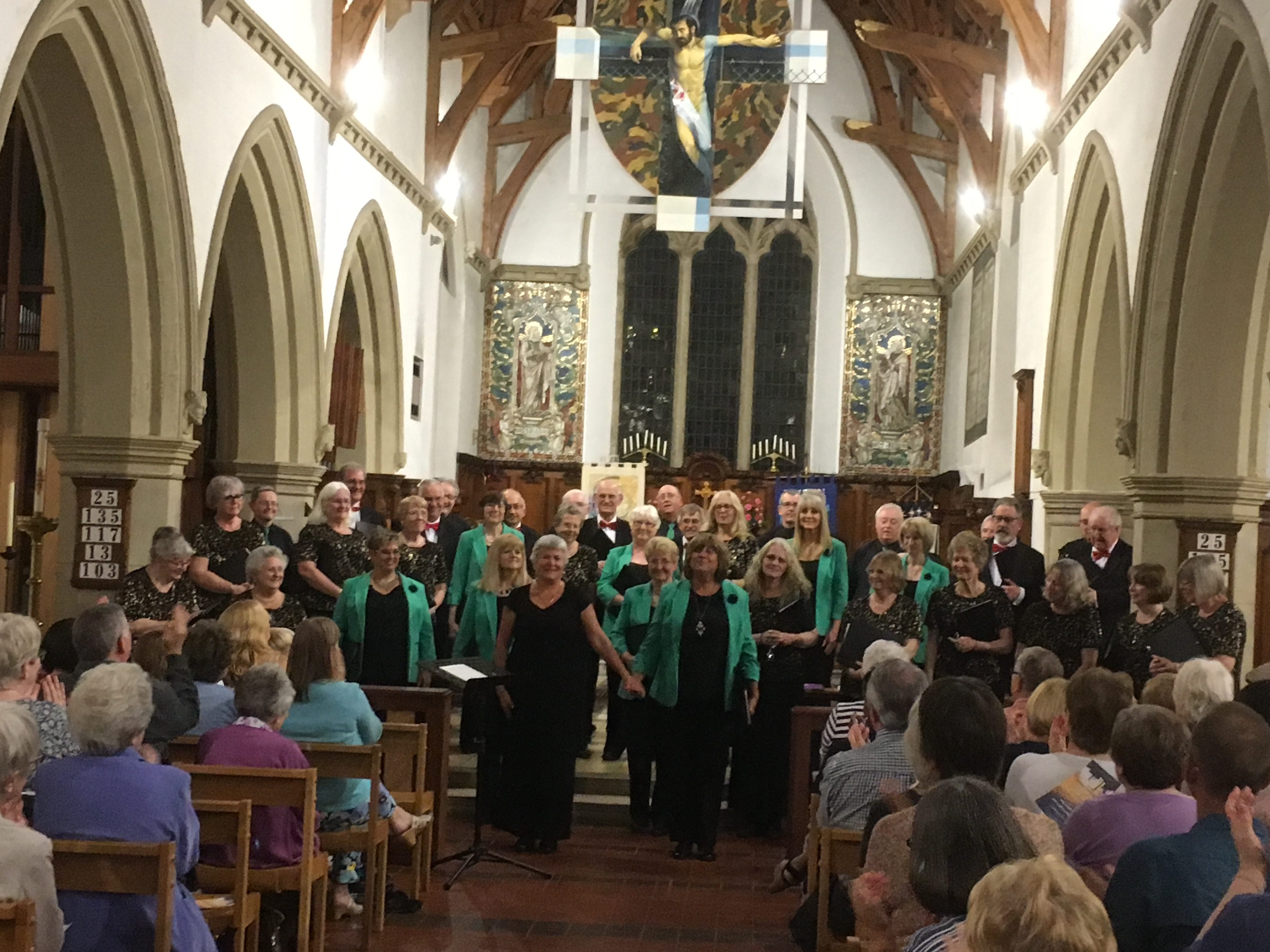 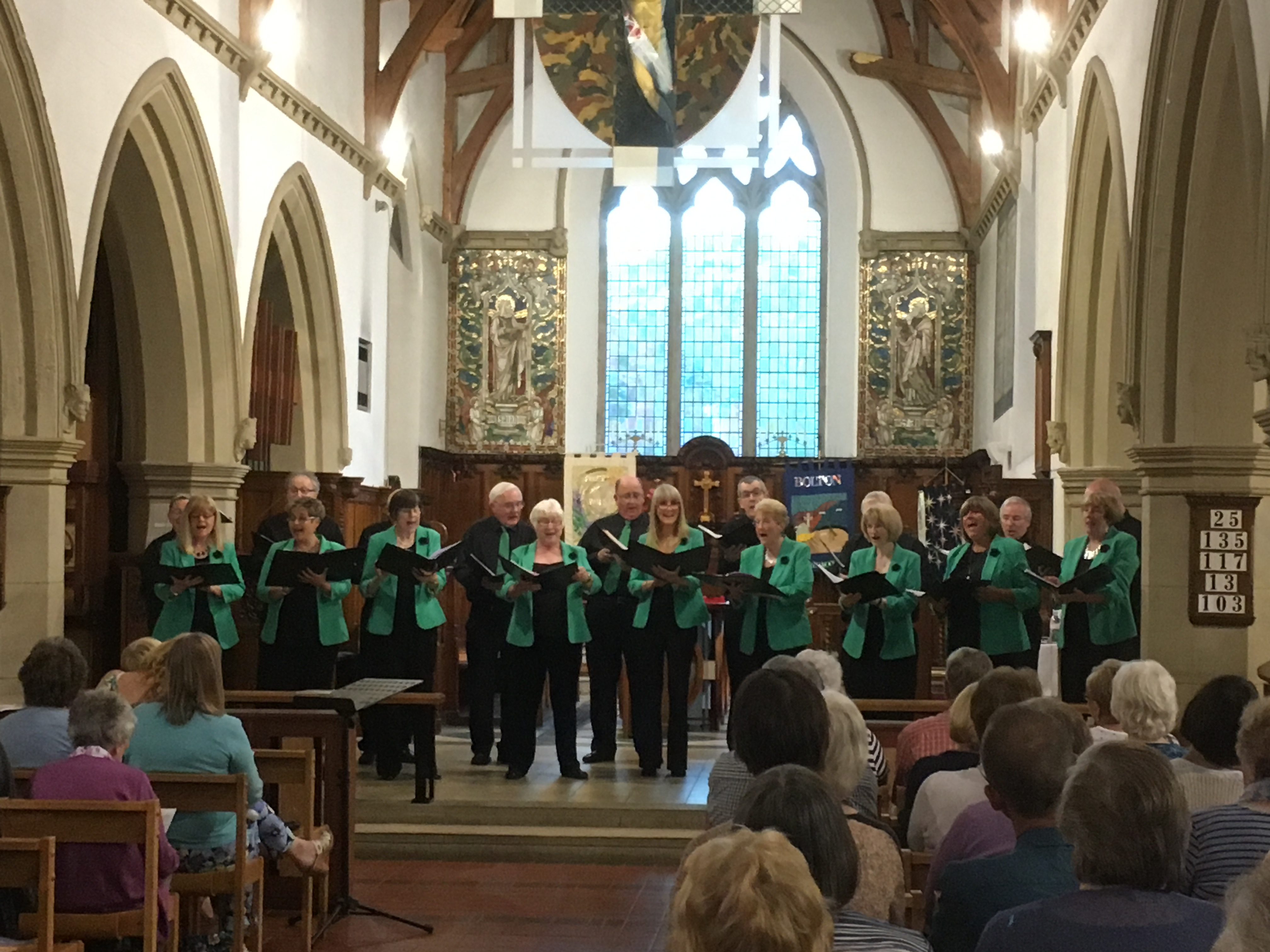 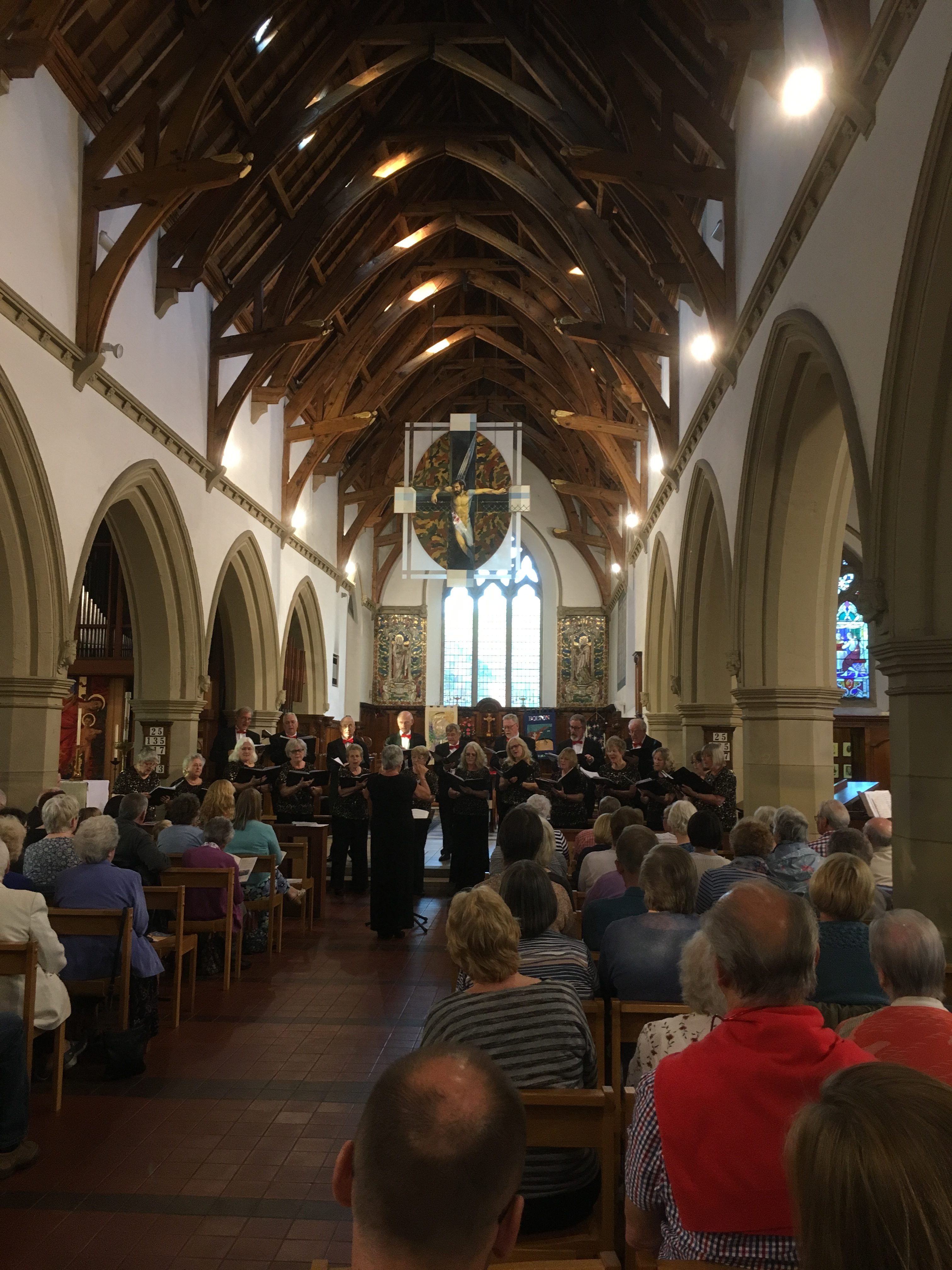 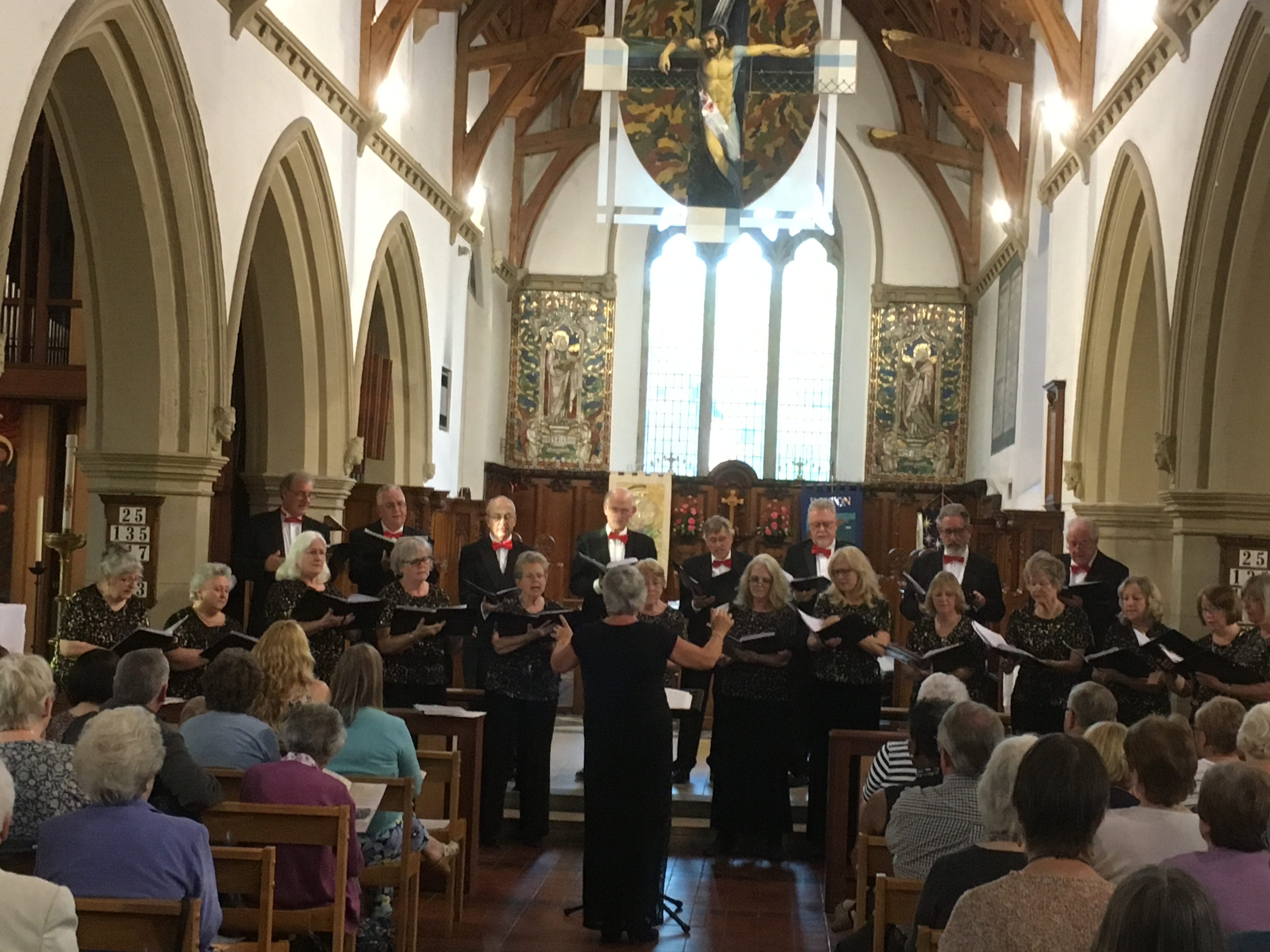 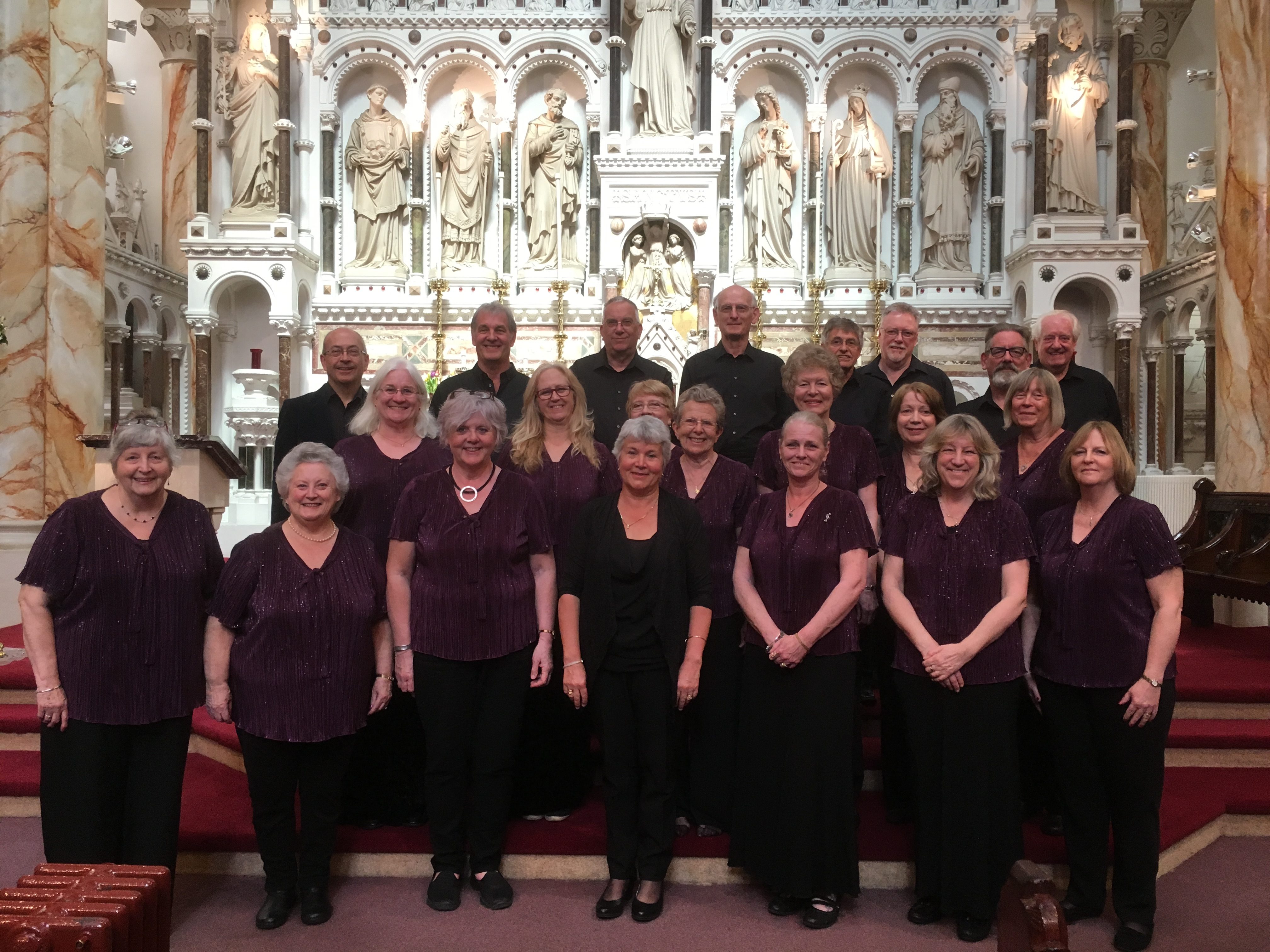 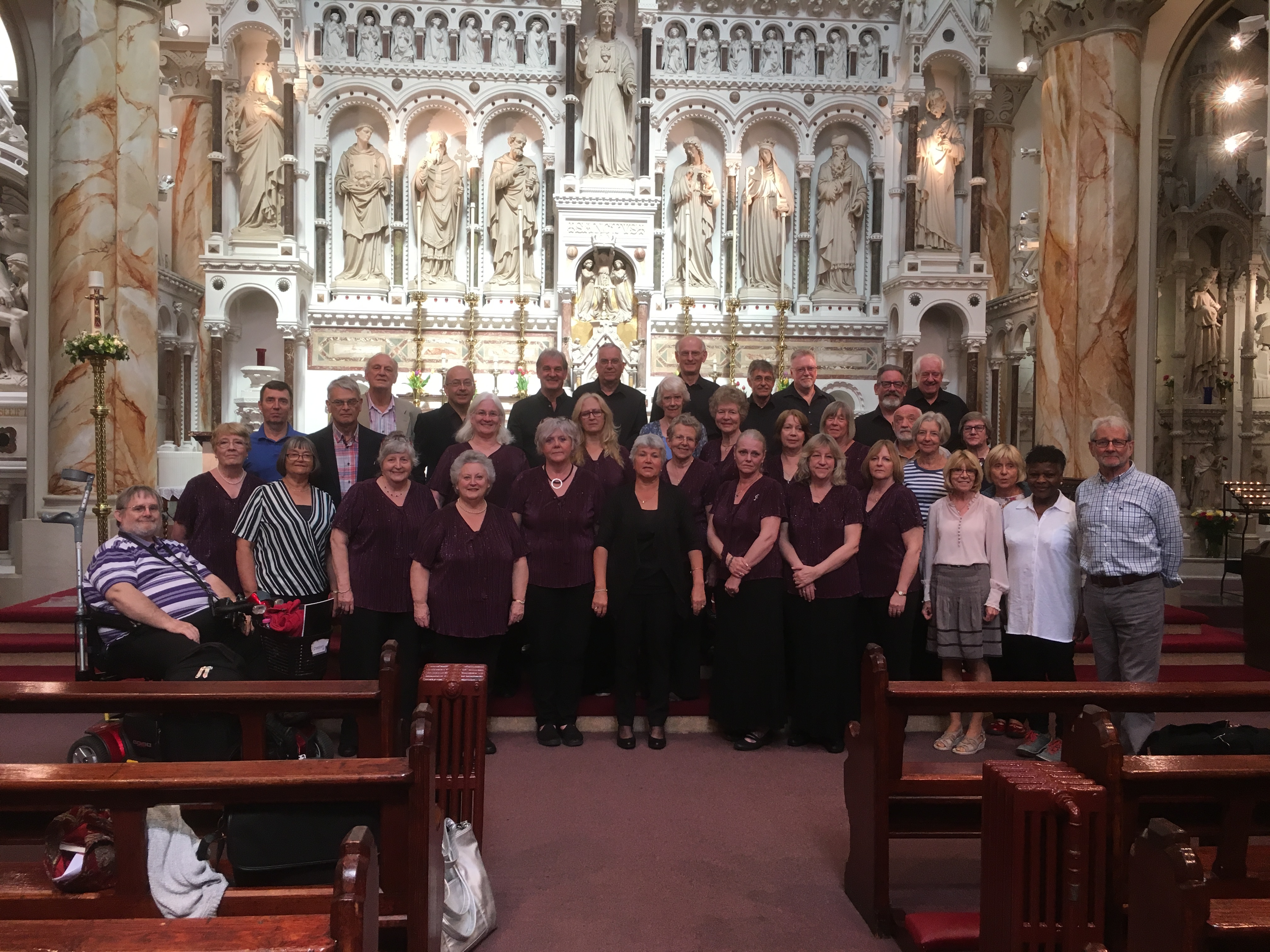 A tour to Manchester over the glorious early May Bank Holiday weekend gave The Maidstone Singers the opportunity of a joint concert with local choir ‘Notability’ at St Margaret’s Church in Prestwich on the Saturday evening.

The concert encompassed both of the recent TMS themes of Northern Lights (Gjeilo, Elgar, Jenkins, Charles Wood) and Shakespeare (Chilcott, Rutter, and others). Notability responded to TMS’s ‘The Isle is full of noises’ by Chilcott (based on ‘The Tempest’) with ‘Caliban’s Song’ by David Hamilton. Included in their own wide-ranging repertoire was Notability’s version of Renaissance’s ‘The Northern Lights’ echoing TMS’s Gjeilo’s ‘Northern Lights’. During the evening the two choirs joined together in songs by Rutter and Chilcott and finished with a medley of Beatles music.

On Sunday 6th May the two choirs were privileged to sing in the mass at the Hidden Gem (St Mary’s) in Manchester. The choirs were following in the footsteps of some famous singers in this beautiful and renowned little church. In September 1983 Giuseppe Giacomini the visiting principal tenor with the Royal Opera Company sang at the noon Mass at St Mary’s Church. The General Administrator of the Royal Opera Company wrote afterwards to express his happiness “that through our visit to Manchester your tradition at St Mary’s was continued by Signor Giacomini”. The tradition he referred to goes back to the great Caruso, and including Beniamino Gigli and John McCormack, the tradition of the world’s greatest singers, when in the city, of singing at Mass in The Hidden Gem. An honour indeed!

The friendly welcome and warm hospitality provided by Notability made the tour an extremely enjoyable and memorable visit for The Maidstone Singers who have the opportunity to reciprocate when Notability come down to the south of England in October.